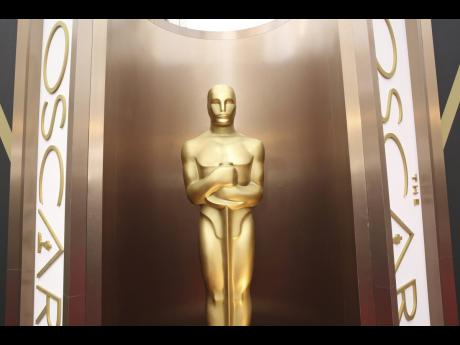 File
An Oscar statue is displayed at the Oscars at the Dolby Theatre in Los Angeles. 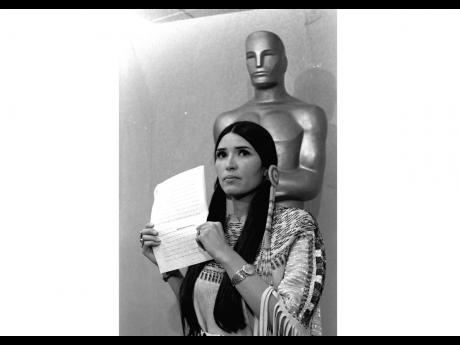 AP
Sacheen Littlefeather appears at the Academy Awards ceremony to announce that Marlon Brando was declining his Oscar as best actor for his role in ‘The Godfather’ on March 27, 1973. The move was meant to protest Hollywood’s treatment of American Indians. Nearly 50 years later, the Academy of Motion Pictures Arts and Sciences has apologised to Littlefeather for the abuse she endured. The Academy Museum of Motion Pictures on Monday said that it will host Littlefeather, now 75, for an evening of ‘conversation, healing and celebration’ on September 17.
1
2

The Academy of Motion Picture Arts and Sciences has said sorry to Sacheen Littlefeather after she was booed while making a speech at the 1973 Oscars.

Actress and Native American civil rights activist Sacheen, 75, was 26 when she was heckled during a one-minute speech at the Academy Awards, during which she spoke to refuse an Oscar on behalf of Marlon Brando, who had triumphed in the Best Actor category for The Godfather.

Sacheen told the crowd and the 85 million watching on TV that the legendary actor wasn’t able to accept the accolade because of “the treatment of American Indians today by the film industry”, which prompted boos as well as some applause.

Now, Academy President David Rubin has admitted the abuse that the star, who became the first Native woman to stand onstage at the Academy Awards, received was “unwarranted and unjustified”, and he offered the Academy’s “deepest apologies and our sincere admiration”.

In a letter which he noted “has been a long time coming”, Rubin referenced Sacheen’s experience at the 45th Academy Awards.

“As you stood on the Oscars stage in 1973 to not accept the Oscar on behalf of Marlon Brando, in recognition of the misrepresentation and mistreatment of Native American people by the film industry, you made a powerful statement that continues to remind us of the necessity of respect and the importance of human dignity. The abuse you endured because of this statement was unwarranted and unjustified,” the letter said.

“For too long, the courage you showed has been unacknowledged. For this, we offer both our deepest apologies and our sincere admiration,” it added, vowing that the Academy is “firm in our commitment to ensuring indigenous voices – the original storytellers – are visible, respected contributors to the global film community”.

Sacheen, whose real name is Marie Louise Cruz, said in response to the Academy’s apology: “We Indians are very patient people ... it’s only been 50 years. We need to keep our sense of humour about this at all times. It’s our method of survival.”

In September, the Academy will host An Evening with Sacheen Littlefeather, a special celebration of live Native American Indian performances, featuring an apology from the Academy.