From ‘Oliver at Large’ to ‘Oliver Back a Yaad’ 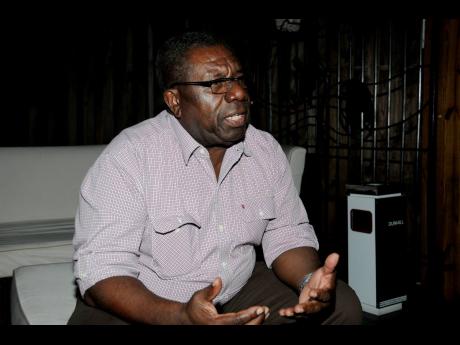 File
For Comedy King Oliver Samuels, ‘Oliver Back a Yaad’ is what he calls his legacy project. 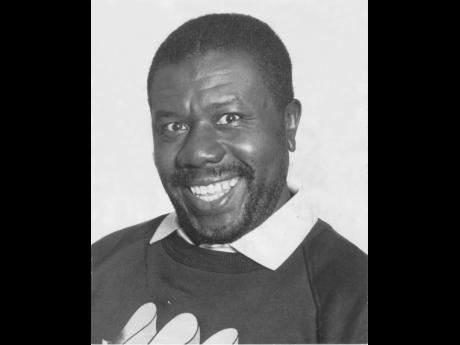 Gleaner photograph
For 50-plus years, Oliver Samuels has been in the business of making people laugh.
1
2

Comedy King Oliver Samuels has had a storied career, and he has a lot of stories to tell of his 50-plus years in the business of making people laugh, but many of the stories that shape him are those that lay bare his softer, less carefree side. A Jamaican, Caribbean, and world citizen, one of his plethora of such emotion-filled tales, if they can be called that, involves him stoning a June plum tree in Barbados and the owner’s reaction when she caught him red-handed.

So having spotted the tree laden with the luscious fruit, Samuels stopped, assessed the situation, convinced himself that nobody was home, and started to stone the tree.

As he recalled, “After flinging some stone, me see a window open, and a lady ask ‘Who’s that?’ so I shout out, ‘Is me, mam! I didn’t know that anybody was at home, or else I would come and ask for a few of the fruits.’ The lady asked, ‘Who dat? Oliver? Oliver from Jamaica?’ And I seh ‘Yes, mam.’ She seh, ‘Come here, bwoy!’ And she came out on her verandah and hugged me so tight. Then she said, ‘I can die now.’”

Samuels, the much-decorated cultural icon who received an honorary Doctor of Letters degree from The University of the West Indies (UWI), Mona campus, at its November 4, 2021, graduation ceremonies – the same day as his birthday – can talk for hours about the people who he has met around the world who greet him like a long-lost relative, mainly owing to the popularity of his ground-breaking Oliver at Large series.

The lady in Trinidad told him that because of him, her bar didn’t sell on a Friday night because everybody was at home watching Oliver at Large. There was the white man who placed his food order with the instructions to “wash it with goat gravy”, a quote from the popular series.

“Up to this day, whenever I go on an interview, whether at home or in the diaspora, somebody is always quoting from one of the episodes. No matter the topic at hand, it always comes right back to Oliver at Large. If it’s a radio call-in, the callers are calling about the series instead of the topic we are discussing,” Dr Samuels, who still isn’t used to that title, shared.

With the continued popularity of the series on YouTube, where it racks up millions of views – from which neither he nor the writers receive a dollar – Oliver felt it necessary to embark on what he calls his legacy project. It is the Oliver at Large reboot – the Oliver Back a Yaad sitcom.

“I have always felt that [the series] wasn’t finished ... that it ended prematurely. We wanted to do another series, and we even approached one of the television stations, but we never heard back from them. But I really want to thank all those persons who were involved in the production of Oliver at Large ... the late Aston Cooke, Patrick Brown, Calvin Butler, and Minister Olivia ‘Babsy’ Grange, the architect of the project,” Oliver said.

Adding that he “is eternally grateful to them”, Oliver noted that “up to this minute, nobody knows who exactly owns the rights to the Oliver at Large series”.

But rather than lament the short-sightedness of the producers “who were thinking only domestic rather than international” and bemoan the fact that the writers weren’t properly compensated and that he received a mere stipend, Samuels is able to see the actions of those who copied the tapes and sold them worldwide as doing him a service.

“Their actions helped to propel me into some kind of notoriety across the globe,” he said.

With Oliver Back a Yaad, he and his team decided to stream it for a fee of US$9.99 for a one-month subscription because “empty backle cyaan stand up”. Written by Patrick Brown, it stars Oliver Samuels, Glen Campbell, Deon Silvera, Sharee Elise, and Courtney Wilson.

“This is Oliver again with a fabulous back story,” he said of the new sitcom. A release emphasised Samuels’ “desire to share his most impactful work with his fans and allow for his older fans to show their kids what they grew up on”.

Oliver Back a Yaad is endorsed by the Ministry of Culture, Gender, Entertainment and Sport as part of the official Jamaica 60 celebrations and enjoys support from Very Amazing Products Limited and Pure Foods.

Oliver has demonstrated faith in a purely Jamaican company, First in Line Plus Production, headed by Mark Tracey. Filming of Oliver Back a Yaad began in Kingston in December 2021 and took six months to complete the four episodes. It is being exclusively streamed on www.firstinlineplus.online.