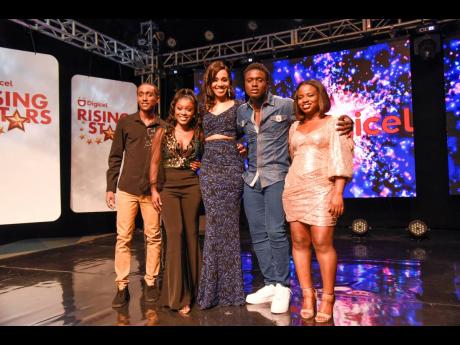 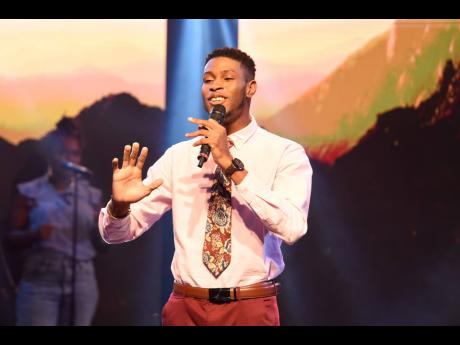 Ramon Johnston is the fifth-place winner of the 18th season of the Digicel Rising Stars competition.

The Ocho Rios resident who sung his way to the top five, was eliminated in a nerve-wracking show last Sunday. Things boiled down between him and Mozien Sutherland and when the host, Dr Terri-Karelle Reid, said Johnston would not be returning, it was impossible to miss the gasps and sighs from the audience, who were shocked to hear this would be his last time on stage for this season.

He gracefully accepted his fate, and crooned the lyrics to of the song Made a Way by Travis Greene. While speaking to The Gleaner, he said competing in Digicel Rising Stars has been a goal of his for a long time.

“Funny thing, enuh, it was actually an 11-year dream. From I was 16 years old I wanted to join the competition, be a part of the competition. Basically, I wanted to be like Romaine Virgo and Chris Martin...you know the vibes,” he said.

Although his ultimate goal was to win, he remains positive and focused, believing that this is only the beginning for him.

“It’s a God-given privilege to be here. There is more in store. I’m not stopping here. I actually like to write, so I am working on a song; hopefully it comes out by the end of this year, so let’s see what happens. This is not the end. I’m here for the experience, so if there is even anyone out there who wants to teach me how to get it done, I am open to that,” he said.

His elimination was a reminder to the public that talent is only one of the deciding factors in who will take home the grand prize and be crowned the Sseason 18 winner. In the end, it will come down to who is able to get in the most votes.

For Sunday’s show, each hopeful delivered two songs, one of which was an inspirational song of their choice.

Cameron was the first to hit the stage with the tune You Gotta Be by Des’ree. However, according to the judges, she fell flat on her performance, having resident judge Conroy Wilson declaring that he did not know what to make of the performance during his critique. It was co-signed by guest judge Ikaya, who opined that Cameron lacked conviction on stage. She later returned with a more redeeming display of her talent as she gave her rendition of Love Doctor by Romain Virgo.

Mozein Sutherland performed Preach by John Legend as his inspirational song. Judge Anthony ‘Killer’ Miller gave him high marks for his performance and had judge and singer Alains saying, “See you at the finals stage.” He returned to the stage ready to keep up the momentum with the song Skankin’ Sweet by Chronixx. As he showed off his dance moves on stage, it was clear that singing may certainly be his strong suit, but it was entertaining nonetheless.

Oshene Watson, who was arguably the best dressed of the night, led with Rise Up by Andra Day as a song that inspires her. According to Alaine, she had a strong start but failed to crescendo at the end of the tune. For her second round on stage, she sang Fire by Jamaican songstress Tessanne Chin. This was well received by the judges.

Last to perform, but in no way the least, was wild card Robert Ewart, who gave a remarkable performance of Hero by Mariah Carey that had the judges pleased that he was brought back. He then followed up with Romain Virgo’s take on Don’t You Remember.

“It looks like you’re skanking in a big stage of butter, because you smooth,” Alaine complimented him.

Next Sunday, the top three finalists will be announced.