‘My dad is my heartbeat’ 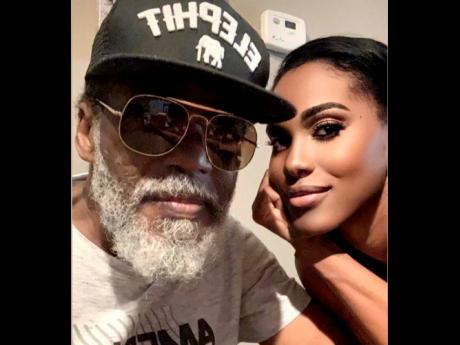 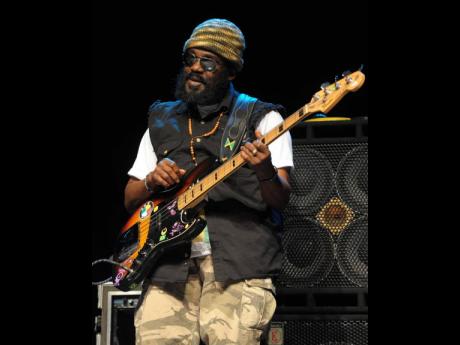 AP
Aston ‘Family Man’ Barrett, who played with Bob Marley & The Wailers, is renowned for his contribution to the development of reggae music both locally and internationally.
1
2

Aiesha Barrett, the daughter of celebrated reggae bass guitarist Aston ‘Family Man’ Barrett, who played with Bob Marley & The Wailers, says that despite any embarrassment it may have caused, setting up a GoFundMe page to assist with her father’s medical expenses was the right thing to do.

“There are things that needed to be done. My father is my heartbeat. I came off tour in June, and I saw my father, [that] was at the end of July. I would like to see him more often, but sometimes that is challenging,” Barrett explained. “Just as I said in my post, I have no shame when it comes to my creator, my king, my first love, my father. He played both roles in my life, mom and dad, so I owe him nothing but gratitude.”

She had posted a picture on social media of her father looking frail, which attracted a lot of comments and commentary. The photo has since been deleted, but Barrett shared that that was how her father looked the last time that she saw him. She also pointed out that one of her brothers has since done an Instagram Live, which showed her father looking just as frail.

“I apologise for hurting everyone’s feelings and also to the fans for seeing him like that globally, but trust and believe, it’s only up from here. I love this man deeply and want the best for him,” she stated.

Five days ago, Barrett shared some details about Family Man’s health status with the public via the fundraising platform.

“He’s in need of physical therapy and rehabilitation. He has suffered from multiple strokes, a minor heart attack and a fall that has now caused him to be bedridden and immobile. He’s no longer capable of assisting himself with his ADLs activities of daily living and is also incompetent. He suffers from dementia and often loses his memory. I don’t have the funds to pay for those medical expenses, and neither [do] the people who [are supposed] to be taking care of him. He needs help ASAP, and I am asking the public to assist in any way they can to help him get back to good health, even walk again or play his bass. This has been hard on me and difficult to type, but I know being silent doesn’t help either,” Barrett wrote.

Dr Brandon Elmore is listed as the beneficiary to receive the funds collected.

In the interview with The Gleaner, Barrett also addressed accusations that the page is fake and she is being “bitter because she was fired from the Wailers”.

“I know the terms and conditions of something like this. Why would I set do something that is fraudulent? I have a degree in criminology. All the funds went straight to the facility. None of it came to me. And ... they didn’t hire me, so they can’t fire me,” Barrett said.

In an Instagram post on Tuesday, she stated, “Thank you all for your donations and prayers. None went unnoticed. You all made this possible. I’ve set up arrangements and organise a private care for dad. A facility that will provide extensive mobility care that will target the areas he [needs] to treat, mostly to help regain strength, flexibility, mobility, speech and wellness. One day at a time, God is good. The GoFundMe account will be closed. All funds are set up to be automatically transferred to the treatment facility handling his care. I have no access to your contributions, by law, it’s the right thing to do, and I’m all about respecting it.”

Family Man, recognised as one of the pillars of reggae music, was appointed to the Order of Distinction Commander Class by the Jamaican Government in 2021. In 2020, Rolling Stone magazine named him number 28 on its list of ‘The 50 Greatest Bassists of All Time’.

Barrett, 75, was one of the driving forces behind The Wailers’ sound that helped make Bob Marley a superstar. A May 16, 2006 report in The Guardian newspaper noted that Family Man, “who believes he is the author of the bass line which gave Marley’s late-1970s hits their inimitable rhythm, failed yesterday in his latest legal bid for a multimillion-pound slice of the Marley musical empire. This was the third time the former friend and colleague of the late Bob Marley had sought financial recompense for his contribution to the Marley sound”.

The report further stated that “An earlier US action was concluded by a settlement in which Island agreed to pay £264,000 and legal costs on the understanding that the Wailers would cease any further legal action.”

Aiesha Barrett now has one focus: “I want to put this behind me. I raised the funds. I paid for the treatment; I hope they take him to do it. I now just want to move on.”