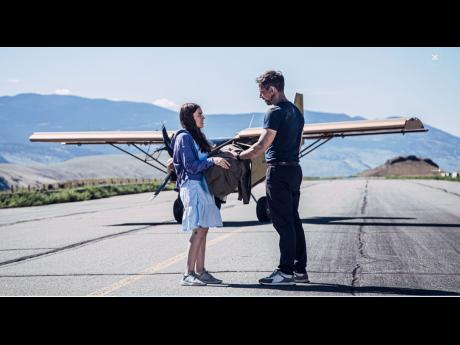 For the first 5 minutes of Bullet Proof, there’s next to no dialogue. All that you hear are gunshots, tense music, and the occasional yell or grunt. It’s remarkable restrained and lets the action speak for itself. The film feels focused, relying on its visual storytelling, and delivering well choreographed and precise cinematography. It’s a pity Bullet Proof isn’t a silent movie, since it’s far less charming when the characters open their mouths.

You follow a nameless anti-hero known as ‘The Thief’, played by James Clayton, who is working overtime as the film’s director. The thief’s job was simple: steal a car and the duffle bag filled with cash from Temple, the crime boss played by Vinnie Jones, and drive off to the getaway point and fly away to paradise. The only problem is, lying in the trunk is the Temple’s stowaway pregnant wife.

Turns out she’s orchestrated the whole thing to escape her psychopathic husband. Caught in the middle of marital mayhem, the thief has no choice but to secure the damsel’s escape, all while eluding the infinite gang members hot on their trail.

For the most part, Bullet Proof is pretty generic. The main character seems like the default setting for your average action hero, and the dialogue is standardly cliched. Yet despite its misgivings, Bullet Proof manages to keep up with the style of its opening scene. The gunplay and hand-to-hand combat scenes are cohesive and exciting. The camera work is genuinely impressive, elevating Bullet Proof ever so slightly.

The characters are one note, but they become more endearing as the film goes on, and even go so far as informing the action with their personality. The film is predictable but uses that to its advantage. Without the burden of exceptionalism, Bullet Proof finds comfort in the familiar, and puts in the effort where it matters the most. When the characters deliver their cheesy lines, they’ve built up enough good will that you laugh with them instead of at them.

It’s a solid directorial debut and its 90-minute runtime keeps it from wearing out its welcome. Don’t expect to walk away with a new favourite, but seeing it at a discount is certainly worth it.