Reflects on passing of his father Denroy Morgan 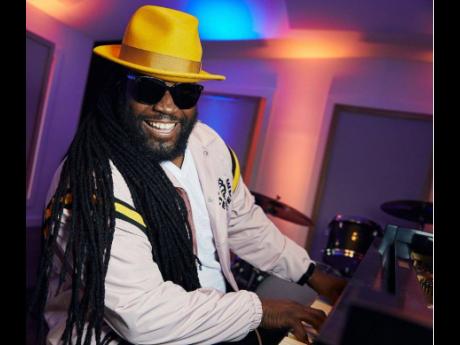 Grammy award-winning singer, songwriter, musician and producer Roy ‘Gramps’ Morgan is always eager to share new music with his fans, and today he is giving them a special treat, a six-track EP. However, Gramps is playing games, as he has yet to reveal the EP’s title.

“The EP is just a follow-up for all of my fans who have supported me up to my third solo album, Positive Vibration. The title is a surprise, but a clue is [that] I won’t be singing just from the surface … it will be six songs, a treat for all my supporters,” Gramps said.

Positive Vibration is his 2021 Grammy-nominated album, which saw him blending reggae with his love for country music. It was produced by Scottish/Canadian singer, songwriter and producer Johnny Reid at Reid’s Soultrain Sound Studios in Nashville. Reid is again in the picture for this EP, the name for whichremains under cloak and dagger.

“There are no collaborations on this project,” Gramps said, ensuring that there was no inadvertent slip of the tongue. “It is strictly a project as a gift to my fans and to show what we in the Jamaican fraternity are capable of doing within the global music scale. The project is produced again by Johnny Reid. On this project, I also wanted to express myself on the single, Butterfly. Many people, for many years, don’t know how to let go of their loved ones in many different ways whether they pass on or watching a child grow up.”

Butterfly is a song that hits home for Gramps and the Morgan clan. They had to learn to let go following the passing of their family patriarch, the larger-than-life reggae icon, Denroy Morgan, in March. For Gramps, 2022 has been a bittersweet year, and he briefly took off his “strong” mask as he shared a little about the pain of losing his father, with whom he recorded the song Secret To Life on Positive Vibration. His son, Jemere, is also featured on the track on which they sing that “the secret to life is taking it one day at a time, keeping it simple with a smile”.

“This year has been sweet and sour all at once,” Gramps mused. “I am just coming off of a Grammy nomination on my third solo album, Positive Vibration. It’s a great accomplishment to be nominated with my group [Morgan Heritage], also to win a Grammy [in 2015] for Strictly Roots … and then be nominated as a solo artiste. But the loss of my father has truly been hard. He was my best friend, and I’m just now learning how to set him free. Memories will remain forever, but we always miss our loved ones’ physical presence when they move on,” he said.

Getting back to the EP with the secret name, Gramps admitted that he is excited about today’s release but offered no more clues.

Interestingly, however, in a September 13 Instagram post, he shared a video of himself overlooking the ocean, along with the caption, “Something coming for you guys from the Deep Blue! Get ready. Can’t wait to share with you all.”

Perhaps, somewhere in that deep blue lies the name of the EP, which is scheduled to drop today.