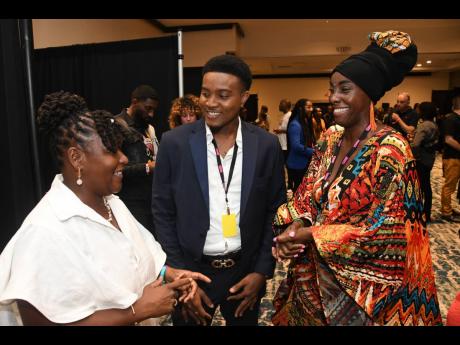 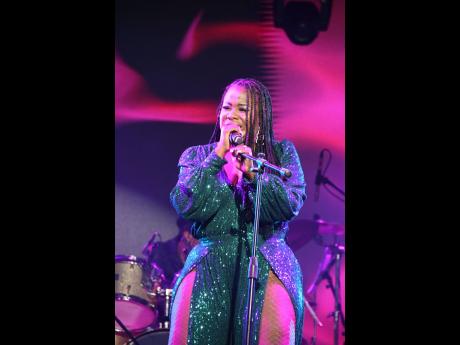 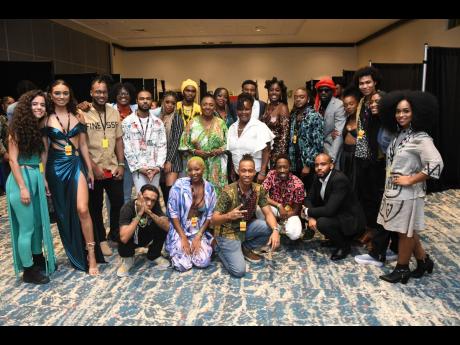 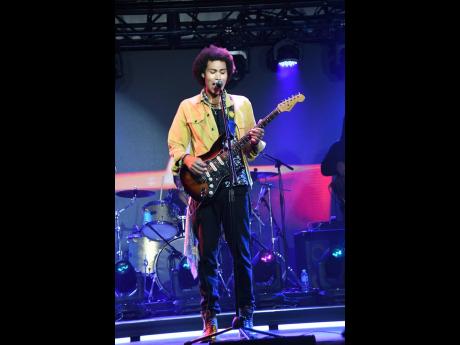 Contributed
Krystian Mark from St Vincent and the Grenadines shows off his vocal range and guitar skills during his performance.
1
2
3
4

The Caribbean Rhythm Showcase (CRS) held last Sunday at The Jamaica Pegasus hotel in New Kingston was a massive success. Bringing together artistes from across the Caribbean with noteworthy personnel within the international music industry, CRS provided a space for networking, development and a chance at stardom.

“We brought together talent from across the Caribbean for an event that has never been done before. In conjunction with that, it brought together music execs from North America, Europe, the United Kingdom ... and there were some African partners. We had 20 buyers from these markets. Some are producers, some are managers, some were talent buyers and it brought both sets of people together in a four-day experience which at the end highlighted each of the talents doing two songs,” explained Jerome Hamilton, managing director of Headline Entertainment.

Jamaica, the Dominican Republic, Trinidad and Tobago, The Bahamas, Antigua and Barbuda, Barbados, the Commonwealth of Dominica, Grenada, St Kitts and Nevis, St Vincent and the Grenadines, St Lucia and Guyana were all represented. The talents were selected from a pool of over 200 applicants by a team of six judges. Each was given the opportunity to deliver an original song and a cover of any track whether reggae, dancehall, Afrobeats, Caribbean pop or soca. Prior to the live performances, workshops, tours and other networking opportunities were hosted in order to give everyone a chance to connect before the grand production.

Though unable to detail whether any deals have been officially brokered, Hamilton while speaking with The Sunday Gleaner, outlined that several of the participants are already in conversations regarding next steps for their careers.

“There were a couple people who were signed with Audiomack. I don’t want to call names because I am not sure what they want to be shared yet. I would say half of the talent there already have business started or have had discussions. One has already embarked on a project with a publisher who is going to get him some material to sing. Hence, so far, the signs have been encouraging. While a lot of the contacts have been made, we are trying to do all the follow-ups now,” he said.

“We got emails afterwards from some of the music execs. One guy says he has been to things like this for so many years and this one stands out in his mind in so many ways. From the talent to the organisation to just seeing the Jamaican culture,” Hamilton continued.

The move to host the showcase in Jamaica was a deliberate one, as according to Hamilton, Jamaica is the biggest music business country in the Caribbean. Therefore, by having everyone experience the lay of the land in terms of artistry, production and marketing, they were able to have a greater appreciation for the work that goes into the business of music. Furthermore, the Caribbean Rhythm Showcase gave people from Caribbean countries with a slightly less developed music scene the exposure that could potentially boost their careers.

“People from Dominica, St Vincent, St Lucia ... the persons that we have invited to come interact with them over the few days, they would not necessarily have these chances. It was an opportunity to bring them out. The truth is, a lot of talent is out there but they may not come across the right persons’ line of sight or at the right time. We look at everybody as a winner. Because a showcase like this has so many benefits because even if you left here and did not get any business out of it, you got so much experience that they can go home and be inspired,” Hamilton said.

As for the next showcase, the deciding factor will ultimately be how many tangible deals and success stories come from this staging. The event was funded by Caribbean Export Development Agency which primarily focuses on regional trade and investment promotion agency focused on building a resilient Caribbean.