Trinidad makes a ‘Return to Consciousness’ with reggae music

Sizzla, Capleton, Anthony B, Coco Tea for Kings of the Earth concert at Queen’s Park Savannah 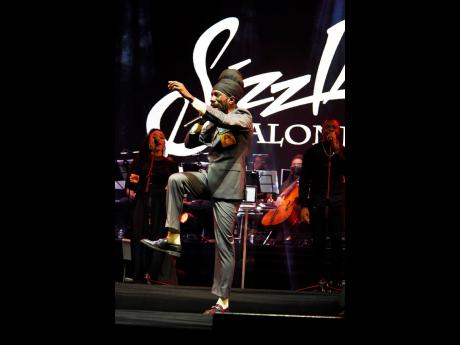 File
The dynamic Sizzla Kalonji performed in concert with the 35-piece Reggae Orchestra for Reggae Month 2022 at the National Indoor Sports Centre, on February 20. 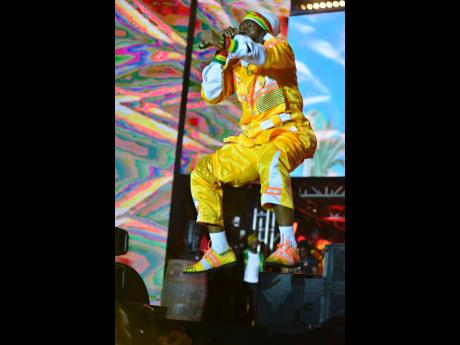 File
Capleton is putting his energy into the promotion of the Kings of the Earth concert scheduled for Trinidad and Toabago later this year. 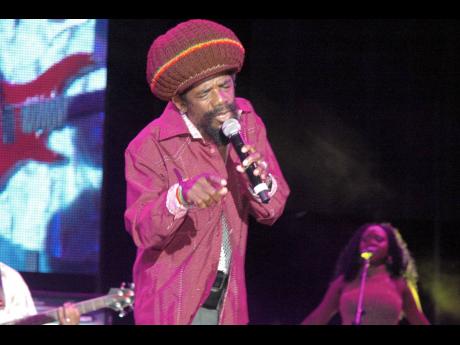 File
The sweet Coco Tea will add lots of flavour to Kings of the Earth. 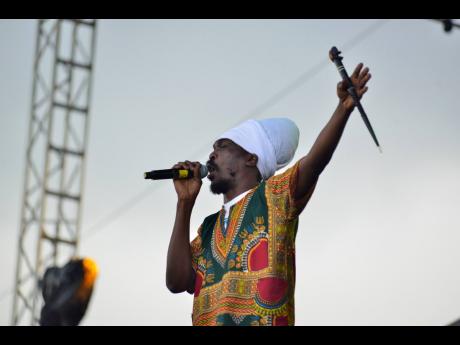 File
‘Raid the Barn’ singer Anthony B is ready for the Kings of the Earth showcase in Trinidad on November 26.
1
2
3
4

Reggae royalty will rule at the Queen’s Park Savannah in Trinidad & Tobago (T&T) in November when four stalwarts of the genre will rain down lightning bolts of consciousness at the venue during an event dubbed ‘Kings of the Earth’.

Rastafarian messengers Coco Tea, Sizzla, Capleton and Anthony B have been specially picked for this musical mission, which Trinidadian producer, promoter and Grammy-nominated songwriter, Vychalle ‘Kid’ Singh, and his team have chosen to market using the theme, The Return to Consciousness. This is the first edition of this annual concert concept, which the team noted “is a reminder to everyone that, in this era of social media and the rapid access to all kinds of information, one must always be conscious of reality”.

Singh added that the cast assembled has “a wealth of positive content” and, since the pandemic, none of these talented artistes, “all of whom are favourites and never disappoint the reggae fans of the world”, have performed in Trinidad.

Quizzed as to what exactly has prompted this need to return to consciousness, Singh gave an answer which provoked much thought, as he shared memories of “back in the day when Sizzla, Capleton and Anthony B’s music made the crime rate drop throughout the diaspora … when every youth wanted to grow locks and live a more conscious lifestyle”.

He continued, “Personally, I feel as though we need to do more as a people to enforce consciousness. These particular artistes, among many others, have a huge influence on Trinidad & Tobago. I would even go as far as to say that most of these artiste consider T&T a second home. With that being said, I think balance is the key. I’m not pointing fingers and blaming anyone for expressing themselves through their art but the media outlets need to give consciousness a fair play and create balance. This is our way of creating that balance through Kings of the Earth.”

For Singh, assembling this all-star cast of ‘consciousness’ was not challenging, owing mainly to the relationships that this Caribbean citizen has built up and maintained through invaluable partnerships. For example, he has worked with Sizzla for more than 18 years as both engineer and producer and over the decades he has been able to gain the respect of, and forge professional relationships with, each artiste on the cast.

“It literally took a few hours to seal the deal with all four reggae icons. The actual November 26 date has no special significance. We had to work with a date that was convenient to all entities involved,” Singh explained.

All the artistes have been giving energy to the promotion by displaying the advertisements on their social media platforms, one of which is an endorsement of Kings of the Earth by DJ Khaled.

Singh and his team are no newbies to concert game and, as a collective, they are responsible for events such as Monster Energy Summer Jam; IREmember; LIV, a benefit concert for the Cancer Society; Hennessy Artistry; TOTR and The International Soca Monarch. They promise an unrivalled overall experience through a first-world production with regards to stage, lighting, sound, art, music, self-expression and positive content.

“The Caribbean flavour we share among our islands with regards to our cuisines, beverages, patois and dance, just to name a few, is unique to the world, and more partnerships between our similar-but-different cultures should be marketed to the global travellers and media so reinvestment and development could be achieved so as to improve the lives of all involved,” Singh emphasised.

The promoters are anticipating that thousands of patrons from all across Trinidad & Tobago will flock to the Queen’s Park Savannah, Port-of-Spain’s largest open recreational space, on Saturday, November 26, but admitted that it is hard to predict numbers because there is so much entertainment around the island on a daily basis.

Singh was happy to share that part proceeds from the concert are going to be directed to a Help Hotline that will primarily focus on subjects such as conflict resolution, anger management, adult literacy and other issues troubling the young male and female citizens of or twin island state. The hotline will be manned by trained experienced psychologists and guidance professionals, and the consortium is now in the process of identifying lifetime corporate partners in the private and public sectors.