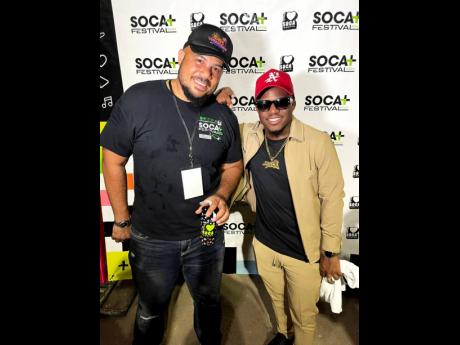 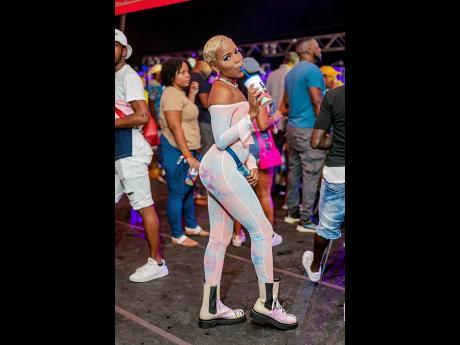 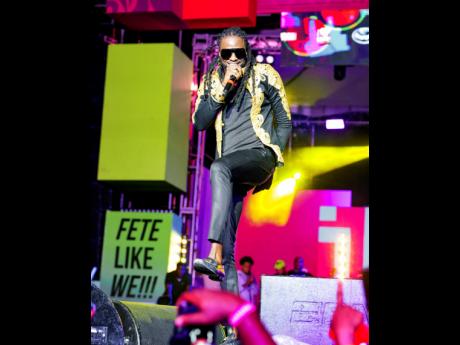 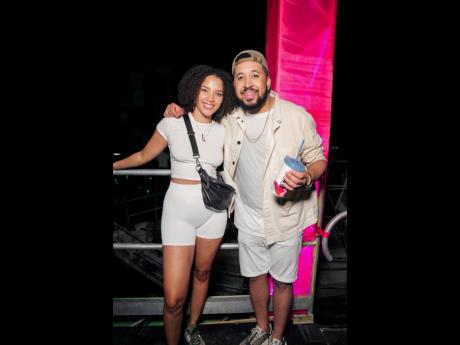 With scores of patrons braving the possibility of severe weather conditions affecting the island resulting from what is now Hurricane Ian, the first staging of the Soca+ Festival, under the I Love Soca brand, got on with plenty of vibes and few glitches for what event organiser, Andrew Bellamy, says is only the beginning.

“It’s about raising the bar,” Bellamy told The Gleaner. “We want to kind of lift the whole entertainment local industry. We want to raise the bar completely because the reality about it is that Jamaica has so much potential. Our entertainment cultural experience has so much potential, and for a while, we have been stuck in a little rut. [We] saw the opportunity, and we decided to just go all out. We have incorporated creatives into our process. We had to sit back and allow them to kind of guide us on some stuff, but I mean, clearly, the results speak for themselves. We feel proud to know that we have pulled out the first ever in Jamaica. Nobody has ever done something like this in Jamaica. Yes, we have had big stages and big screens, but tonight we have done something that is much more than that. We have created a whole world, and we feel proud about it,” he continued.

The two-night event was held across Friday and Saturday last weekend on the waterfront in downtown Kingston. With a set-up that could rival any international music festival and a full line-up of DJs and entertainers, Soca+ undoubtedly provided the euphoric patrons with their money’s worth, and according to Bellamy, the event is here to stay.

“Soca+ is definitely on the calendar now. And next year is going to be much bigger. We are going to be incorporating more genres and more experiences. We are going to definitely try and go for a more international presence in what we are doing. Definitely, this is our weekend. I love Soca will be paused and just be Boxing Day, carnival and Best Weekend Ever, but for the end of September it will be [the] Soca+ Festival,” he confirmed.

Festival Night One was nothing less than electrifying. The night’s DJs left their mark and spun hit after hit from soca plus other genres, including dancehall, hip hop, R&B, reggae and Afrobeats. A total of seven pairings worked for the night, including Laing D + Fyahman; DJ Mario Focused; Matts Camps and Marlon Musique; DJ Narity and Aaron Fingal; Tony X + Back To Basics; DJ Lantern ‘MD’ and JW and Patrick’ The Hype Man and Bloodline Franco.

But the highlight of the evening was definitely the performance of three-time International Soca Monarch, Voice, who brought down pandemonium in the venue and he bounced around the stage and treated the audience to an electrifying set. Dancehall artiste Topmann also made a cameo. It was the perfect tone to kick off the festival and had patrons ready to return Saturday night for even more festivities.

On Night Two, the tropical storm watch for Jamaica had been discontinued mere hours before the scheduled 8 p.m. start time of the event on Saturday. But erring on the side of caution, even promoters began the show an hour earlier. Partygoers enjoyed the musical stylings of DJ Mindless, DJ Tyler, Travis World, DJ Nova and Brush1, Riggo Suave, DJ Richie R.A.S. and Cyclone and Nocturnal Dre and Tony X. Somehow, they managed to ensure that the sets were not just a repetition of the previous night which helped to create an entirely new experience for the audience.

But it was during Skinny Fabulous’ set that the party really increased in vibes. As he belted song after song, his vocals not only rocked the audience but brought down some rain that sent the audience into a frenzy for the few moments that it lightly drizzled.