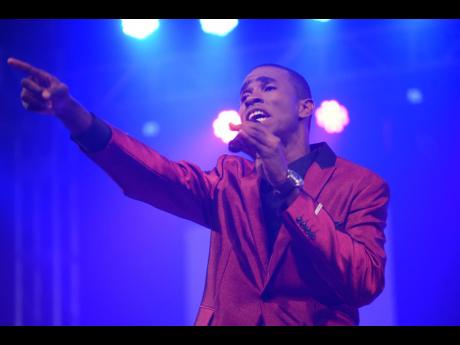 Shortly after taking the 2019 Digicel Rising Stars title, Sherlon Russell experienced his first roadblock: the pandemic. It resulted in many cancelled gigs, and for the 25-year-old, was a reason to find a new strategy to get his name on the music industry’s map.

“There has been a lot of downs. I was to be a part of several events which were postponed or cancelled overall, and it derailed plans I had in mind. As an artiste whose focus is gospel music, I did face a lot of challenges in that niche community, like, getting my music out there ... it is far more expensive and difficult than I thought it would be,” Russell told The Gleaner.

“However, I take the advice I would give to this year’s finalists, and specifically, the winner, very seriously. I decided on my ‘why’ before I began my professional journey. Always ensure you have a strong conviction [as] to why you are doing what you are doing. My reason for doing music was and continues to be to inspire and encourage others through the Gospel,” he continued.

Russell initially failed to make it among the top 14 selected to participate in the talent competition series when he auditioned at the Ranny Williams Entertainment Centre in 2019. However, Alaine Laughton, veteran songbird and one of the judges, invited him to be a wild card on the show. And he certainly took his competitors on a wild ride to winning the title.

The St Catherine native accepted all the detours that he encountered and has focused on better using online space and social media, which earned him opportunities to perform overseas, he said.

“It has definitely been a time of growth. On the brighter side, I can always say I increased my online presence, which is now a crucial part of one’s music career, no matter what genre a singer chooses,” Russell explained.

He further explained that with other investments and “side jobs”, which includes graphic designing and technical assistance, he has been able to find stability. “I’m focusing on music now. I have a new single coming out titled No Way, for which I’ll post the official release date on my social media platforms soon.”

Russell shared that he has enjoyed Season 18 of the Digicel Rising Stars competition series and that all three finalists have characteristics that could make a winner. It comes to an end tonight with a two-hour live finale to be aired on TVJ beginning at 8 p.m. The lone female contestant, Oshene Watson, producer’s pick Mozein Sutherland, and this year’s wild card, Robert Ewart, will compete tune-for-tune to take the title.

“At this point in the competition, I’ve noticed elements from all three contestants that I truly appreciate. I think it’s going to be close. I’d only hope the audience voted for their favourite contestant. One thing I’ve encouraged is kindness. Persons must be kind to those they are not voting for,” he said.