Ding Dong and friends celebrate in the rain 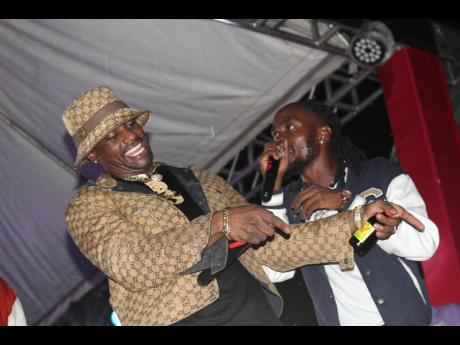 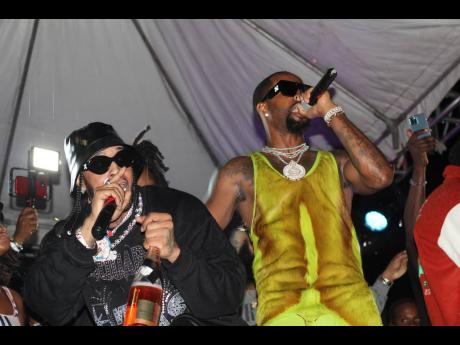 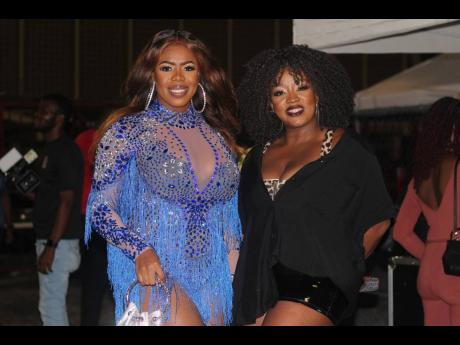 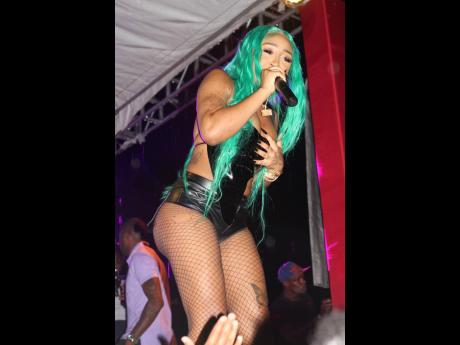 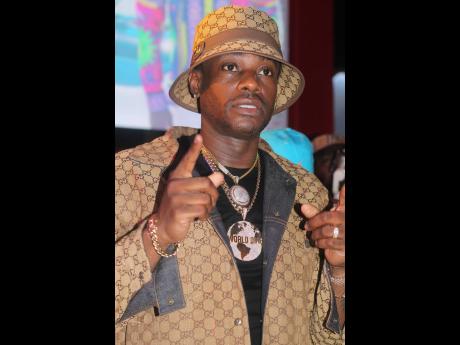 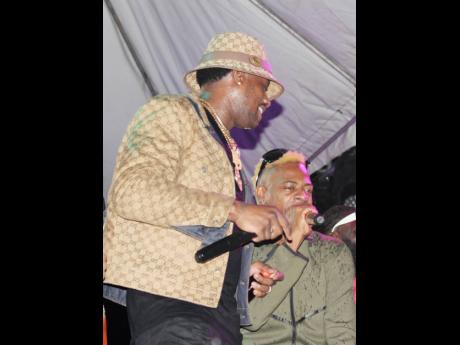 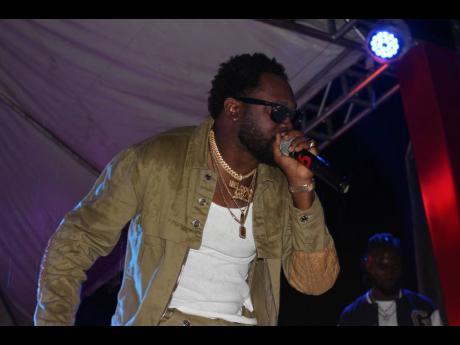 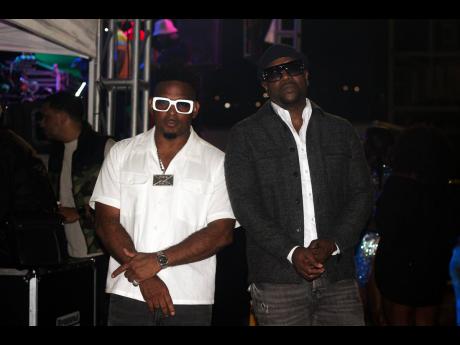 Ding Dong’s 42nd birthday party was the place to be on Saturday night.

And though the saying goes, ‘when it rains, it pours’, the cloudy skies and showers were not a threat to the dancehall entertainer, whose mission was to make the best of the event, which was hosted by Ding Dong’s management team at Romeich Entertainment and Magnum Tonic Wine. Magnum used the opportunity to upgrade Ding Dong’s contract, naming him their chief dancing officer. The brand also gifted him a diamond-encrusted personalised ‘DD’ chain.

“Magnum applauds Ding Dong’s creativity, ingenuity and talent and we are happy to support his continued evolution within the dancehall space. In matching his elevation, we have resigned Ding Dong as more than just an ambassador, but as our chief dancing officer – a symbol of our commitment to him and to dancehall,” Kamal Powell, regional marketing manager for Magnum, told The Gleaner.

Beloved by corporate giants, Grace Kitchens by Grace Foods, of which Ding Dong is an ambassador, was also on location cooking up a storm of their own.

The Rich Walk artiste’s guest list was so comprehensive that the scene outside the VIP entrance gate – at the National Stadium parking lot – was flooded with residents from the nearby Nannyville community, where Ding Dong was raised, and followers who were anxious to get a photo op with the guest of honour and friends and wanting to enter the venue.

A parade of personalities and artistes, from 4th Genna principal Aidonia and the dancehall dolly Pretty Pretty to American rapper Safaree, made an appearance, looking like they were ready to have nothing less than a grand time. Although there was no specific theme, most showed out in comfortable yet stylish outfits, with a few standout fashionistas, including Stalk Ashley’s bold and sexy black leatherette shorts set, which contrasted against her emerald green hair; Marcy Chin, who wore full denim, down to her shoes; Press Kay, who dazzled in a royal blue gemmed-out bodysuit; and Laa Lee, who sported a clean-fitted varsity jersey jacket.

The love and support for Ding Dong, whose actual birthday is September 28, poured more than the rain, said one patron. Seemingly impressed with the level of unity showcased on stage at the party, she ignored her outfit getting soaked as she watched from the sidelines instead of seeking shelter. The wet weather threatened to end the party, with it eventually raining heavily at approximately 2:45 a.m., but the show continued.

Ding Dong, given the name Kemar Ottey, emerged as a dancer and eventually crossed over to recording music over 15 years ago with the single Bad Man Forward, Bad Man Pull Up. He has since produced a catalogue of family-friendly hits, including Skip To Ma Lou, featuring Serani; Yeng Yeng, in collaboration with Bravo Ravers; Flair Is In The Air; Lebeh, Lebeh; Cha Cha Bwoy; Snappin’; Stir Fry; Happiness and Bounce, among others.

Like a true Libran, Ding Dong has long urged harmony and strives to create equilibrium in all areas of his life. This manifested on stage at the party, whereby he invited each entertainer present to join him — it was so many that the stage managers warned of its capacity at several intervals.

Ding Dong and singer-songwriter Qyor, (formerly Chevaughn Clayton), shared a nostalgic moment performing verses from the 2010 summer banger Holiday at the show’s start. Veterans Qraig and Kevyn of Voicemail, who, like Ding Dong, have a track record of giving dancehall, high-energy dancing tunes, also performed, as well as Mr Lexx, giving the audience a blast from the past. Meanwhile, Laa Lee, whose birthday follows Ding Dong’s on September 30, continued his celebration by giving a show with songs such as Dirt and Quack Quack as he praised Ding Dong’s greatness as an entertainer. Ding Dong also bounced happily to the beat of his fellow artistes’ dancing tunes.

“It is a celebration of dancehall. We are dancehall, and unity is power. I was worried a little when my friends could not get inside, but it all worked out, and I was honoured to share in this experience. Big up to Ding Dong and his team,” said Laa Lee.

Other entertainers who left an impression on stage were Popeye Caution, Stalk Ashley, Queenie and husband Dowey, who, without even performing, received support from the patrons.