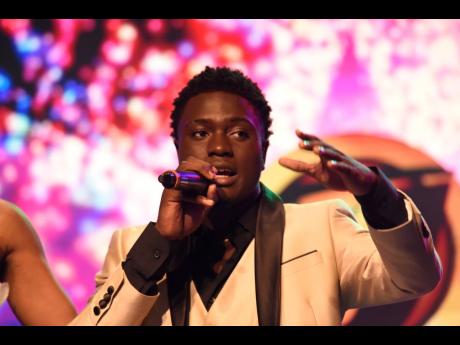 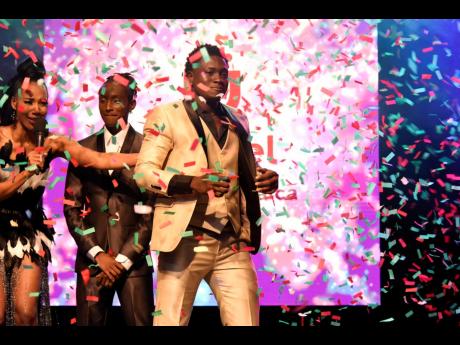 Nicholas Nunes
An overjoyed Mozein Sutherland, steps centre stage after he is named the winner of the 2022 ‘Digicel Rising Stars’ competition. 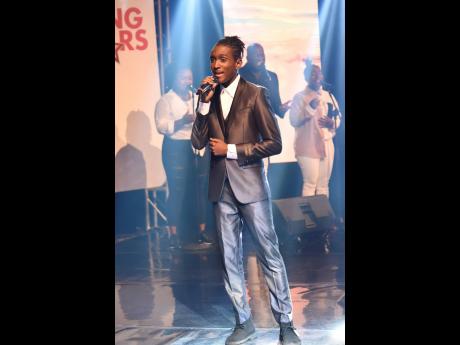 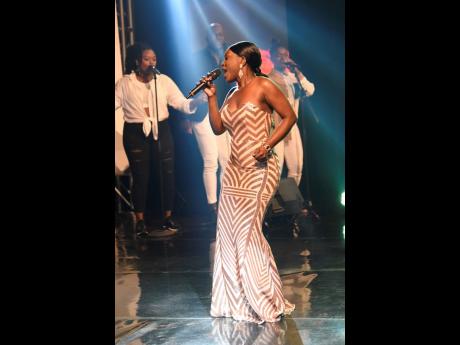 Developing a love for singing back in primary school, 17-year-old Mozein Sutherland fought tooth and nail to emerge the victor of the 2022 ‘Digicel Rising Stars’ competition.

“It was go hard, or go home,” he told The Gleaner of his mindset leading up to the finale. “I have a lot of support from a lot of people, and it was crunch time. I just went out there, and I did what I had to do,” the youngster continued.

Sutherland, who is also a member of the Camperdown High School football team, said singing was at first just a hidden hobby of his until he finally decided to put himself out there.

“I think it started back when I was in grade three or four. No one knew I could sing, only me. When it came around the time of year for JCDC (Jamaica Cultural Development Commission) competitions, I said to myself that I needed to try out. I went to the choir director for the school at the time, and that was where it started for me,” he revealed.

Inspired by his very proud and supportive mother, Barbara Jean Quarrie, to enter the competition, he also admitted that juggling all his obligations was not the easiest thing to do, but ultimately the hard work paid off as he walked away with the top prize.

“My mom really pushed me to enter. Jamaica needed to see me. As a soul and R&B singer, you don’t get a lot of exposure [locally]. It’s hard for you to make music here and succeed. Now that Jamaica knows me, it makes my work a little easier,” he said.

“It (striking a balance) was okay, until the competition started. After training, then you have to go on the road to campaign; then after that, you have to go to styling and all kinds of things. It was exhausting, but it was all worth it. I am very happy, and I am grateful to everyone that supported me on this journey. This is only the beginning. We are all winners, and I can’t wait to see what happens after this,” Sutherland continued.

After wooing the judges and the viewing public with his sultry vocals and charisma across the 10 weeks of the competition, he amassed enough votes to walk away with a cash prize of $1.5 million that he revealed he will be investing to support his tertiary education. Sutherland is currently in fifth form, preparing to do his Caribbean Secondary Education Certificate exams.

Sutherland placed ahead of this year’s wild card, Robert Ewart, who placed second and Oshene Watson, the lone female finalist, who placed third.

Digicel Rising Stars is a local talent show aimed at unearthing musical talent in Jamaica. It was first aired in 2004 and has seen many of its winners and competitors going on to have fruitful careers. Some alumni of the show include Christopher Martin, who won in 2005; Romain Virgo, in 2007; Cameal Davis, who took home the title in 2008, and was the first woman to win and Shuga, who followed in 2009.

Speaking with The Gleaner, Sharon Schroeter, the show’s producer, said Season 18 got on without a glitch.

“To be honest, we didn’t have any [challenges]. We just knew we had to make the show entertaining because it was missed by Jamaica. We want people to remember why they love Rising Stars. For next year, we want to go back to live auditions and back to a 13-series season,” said Schroeter.