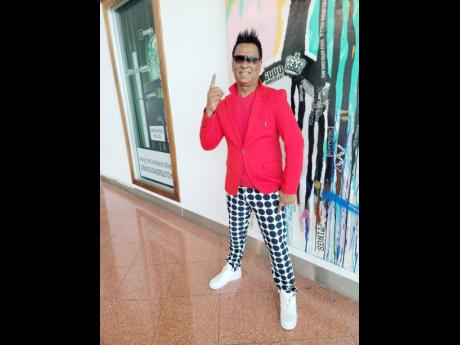 Contributed
Wesrok is revamping his foundation to reach even more people in underserved communities.

Wesrok may be all country on stage, but the businessman and singer has a big heart, demonstrated by the establishment of the Downtown Youth Development Foundation, a charity started by him and the wider business community in the downtown Kingston area in 2012. Back then, he was working in the role of a police inspector. A year later, Wesrok received the Prime Minister’s Award for Community Development.

“Initially, the aim was to provide assistance to at-risk youths, but I’m revamping the initiative and laying the groundwork for an even stronger foundation which I want to be called the Wesrok Youth Development Foundation,” Wesrok told The Gleaner.

“The name change is because it is not just for children from the downtown proper but for all the connecting communities,” he continued.

Raised in the Swamp Lane community located in Bog Walk, St Catherine, Wesrok has always shared what it means “to come from humble beginnings”, and his upbringing has been the primary motivation behind his philanthropic efforts.

He shared that owning a business close to the Riverton area for more than five years and having worked in several inner-city communities, he has witnessed the culture and is aware of the needs of the youth who reside there. It has motivated the Poor Country Boy crooner to invest more in youth development.

“Right along that industrial belt, there are a lot of pockets of inner-city – volatile and vulnerable – communities. At an early stage, the youths are exposed to violence, gang wars, and the lifestyle is unstable because of a number of issues,” he said. “I decided that instead of actually running away from the community due to violence and crime, I could stay and contribute to building the [communities] because if we all run away from the problem, we will still have to face it one way or another.”

Currently, Wesrok is making the necessary connections with international organisations in Chicago with hopes that they will invest or assist with the forthcoming initiative. Using his music as a medium to engage the international business sector and other philanthropists has been effective, he said, even recently, when he participated in a private conference, where he also performed.

He shared, “The international audience, especially persons in the US, [gravitate] to my music and my sound, which is a fusion of country music and reggae, so it has helped. The plan is to meet with persons I want to partner with here [and] overseas, to springboard my foundation.”

Last Friday, as Wesrok prepared to travel overseas, news broke about his collaboration with fast-rising dancehall deejay Masicka titled Try To Hold Me, earning the number one spot on the iTunes Reggae Chart.

“It speaks volumes of the work I’ve put in and the quality of music I’m trying to achieve. I’m elated, and in another few weeks, we should be able to get some tours in. Though Masicka and I have yet to perform the track together live on any international stages, we do have plans to. I must say this achievement is a sign to all artistes that we can do good, positive music and attract a wide market,” he said.

“As it stands, I’m working on a new single called Love Will Find A Way, which will now fuse an [Afrobeats] background rhythm, and I predict it will be wonderful. I definitely want persons to listen to the music but also, as I promote them, the foundation will also be pushed to the fore,” Wesrok continued.