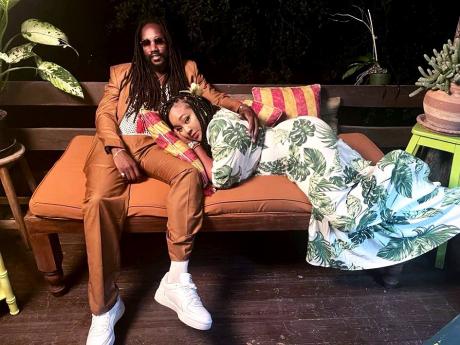 Contributed
‘To have JR Gong produce the track was mystical,’ said Tifa, of the smooth-talking Kabaka Pyramid single, ‘Mr Rastaman’. 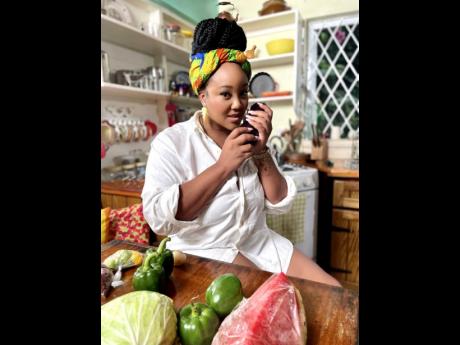 Contributed
Dancehall artiste Tifa in a scene from the video for ‘Mr Rastaman’, her collaboration with Kabaka Pyramid. 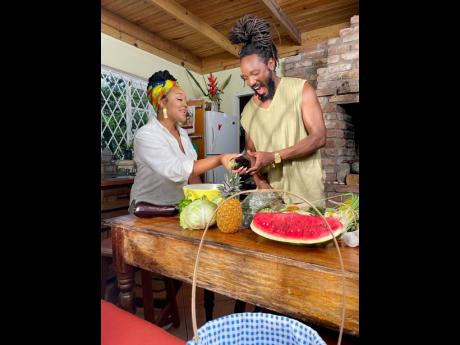 Contributed
Tifa (left), and Kabaka Pyramid in the video for ‘Mr Rastaman, which appears on Kabaka Pyramid’s second studio album, ‘The Kalling’.
1
2
3

Tifa has immersed herself in a rewarding career of recording music and performing for more than a decade. And yet, she still manages to surprise the crowd, generation after generation. She has one of the most powerful voices and personalities in the Jamaican dancehall landscape. While she knows how to ‘spell it out’ in a hardcore way and to show you how to ‘move your body’, Tifa continues to demonstrate that she is ‘lyrically educated’ and that there are so many sides to her as a creative.

She is featured on the fifth single, Mr Rastaman, from Kabaka Pyramid’s The Kalling, which was recently announced as one of the five albums nominated in the Best Reggae Album for the 2023 Grammy Awards.

Tifa maintains her boldness, but at the same time, delivers her lyrics to her ‘Rastaman’ in a smooth and reserved way. “Many persons are saying it’s a different side of Tifa,” she said, but her attitude towards the song is quite familiar – imaginative and passionate. It is the empowering singer-songwriter that people have heard over the years and grown to love in hits such as Spell It Out, Got It Like That, Why You Mad (a collaboration with Spice), Dash Out, Crawny Gal and Move Ur Body. She also brings it when it comes to style, with an approach to fashion that is bold, statement-making and uniquely her. She continues to spread her infectious energy globally. Having taken some time off first, she spent the latter part of 2021 on tour, and with the release and success of Mr Rastaman, Tifa is ready to drop more bombs. In this week’s Five Questions With Tifa, she updates fans on what she is up to and what to expect.

1. You’re singing about a love affair, a relationship with a Rastaman, but tell our readers something, what do you know about dating a Rastaman?

Tifa: (Laughs) Rastas need love, too. Hello. There was a time all I dated was Rasta man. That’s all. Mi love a man with hair pon him head. I was so in love. I enjoy a challenge, and I love people who stimulate my mind. That is the sexiest thing for me; trust me, if you teach me something new, that is a turn-on. That’s what I got from that. I love when a man can have conversations [and] take me on a mesmerising journey of the mind.

2. How did you and Kabaka Pyramid connect?

Tifa: We actually went to UWI (The University of the West Indies) together. Is not just now I know Kabaka, but during the pandemic, that was a time everybody kind of link up back. We reconnected, then he invited me to JR Gong’s studio to listen to some tracks, and he happened to put on a beat and ask if me like it, and we wrote the song that night … to see how easy it come, how natural it was, finding the words, the melodies and to have JR Gong produce the track was mystical. That was almost two years ago. Now it has been released and is on a Grammy Award-nominated album! Everybody seems to love the song because you know what we are talking about, and it’s not done in an explicit way, it’s just refreshing, and I am excited about it.

3. How has your strategy changed in recent times?

Tifa: Strategy-wise, it is a lot of learning, I’m not old, but I started pretty young. So, it’s a lot of learning new things. During the pandemic also, TikTok blew up, and it’s a new way to garner streams; it has added to the climate of the music industry because when before, you used to hear the music first, now you see it before you hear it. Now, it’s how to use an app, how to gain streams and how to make the most out of an engagement. There’s a science to it, along with the art of music.

4. You said you’re still learning, but how have you matured or changed over the past five years?

Tifa: I wouldn’t even say anything changed, but I think I got back to being Latifa. I think being in a different environment and just being able to be myself. After taking some time away at a place where not a lot of Jamaicans were, where I could walk through supermarkets without people saying ‘That’s Tifa’, out of the toxicity, out of the hustle and bustle, and away from the crab and the inna barrel mentality, I found myself again. I never stopped loving music, but I got to re-love it again. I’m a Sagittarius; we love to learn and do new things. It wasn’t hard, but in finding a balance, sometimes you have to take yourself out of an equation to see what is happening in the equation. I’m in a better space. I definitely have matured but not changed.

Tifa: The year is basically done. Me and Kabaka gave the world a pretty awesome song, and I am focusing all my energy and efforts behind it right now for it to reach its full potential. To tell you the truth, if I wanted to drop five albums, I could … probably even more. I have a lot of unreleased music, but it’s just right timing and utilising the right strategy for right now. Definitely, more releases are coming soon; just listen out fi di bombs because [there is] a lot to come for 2023.

Brawta: What’s on your bucket list of adventurous things you want to do?

Tifa: I think I have done most of the things I want to do except bungee jumping. I’ve done most things for people to say she’s crazy; I’m that spontaneous friend that wakes you out your bed at 4 a.m. and say, ‘Let’s go to Negril’. Maybe on my bucket list is more places I want to see and explore. I’ve yet to go to Dubai; I don’t know why I haven’t gone there as yet. And I really want to go to Thailand.