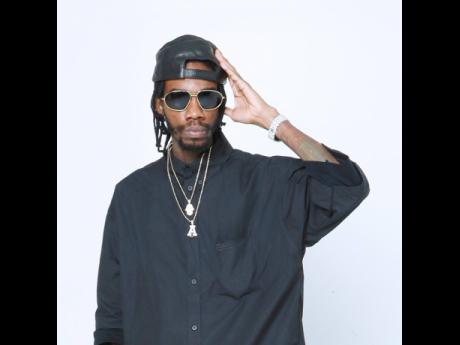 Alkaline is set to release a six-track EP to close out 2022.

The Ripple EFFX is slated for release on December 9.

“ The Ripple EFFX will further demonstrate his creativity, growth, and unforgettable presence as a lyricist [and is] guaranteed to secure all the accolades attributed to his debut project [and] even more,” said Beckford, Alkaline’s manager.

The dancehall artiste also released the official video for Profile, the single produced by Troyton Rami Music, Black Shadow, and Autobamb Records, on his official YouTube account. Already it has racked up more than 118,000 views, and stirred critiques on social media due to its mimicking of drug use.

It’s been a big year for Alkaline. In 2022, as Spotify celebrated its first anniversary in Jamaica, the platform named Alkaline the most streamed artiste on the island. In July, his hotly anticipated New Rules festival returned home to Kingston, Jamaica.

Days before the show’s staging, Alkaline made international news as four songs from his catalogue were featured at Givenchy’s SS23 men’s showcase in Paris, France.

Matthew M. William, Givenchy’s creative director, curated the collection that graced the stage and paired it with Alkaline’s music.

“The blend of high couture and hip hop and now reggae-dancehall music reflects a snapshot of the contemporary fusion of music and fashion across North America. New Rules Festival, which is estimated to have pulled approximately 40,000 patrons, was a timely measure of the artiste’s relevance and dominance and the successes the artiste continues to reap because of hard work,” said Rickardo Shuzzr, Alkaline’s publicist.

Alkaline will be in New York for Mavado’s birthday celebration, which will be held on December 10 at Club Amazura in Queens, New York.

New Era Productions will be announcing in the coming weeks details surrounding the 2023 staging of the New Rules Festival.