Toni-Ann Singh not counting out a career in music

‘If God opens the door, I will step through it’ 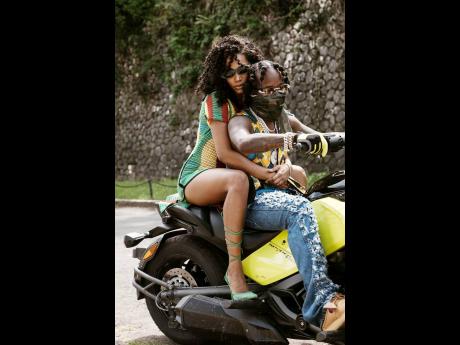 Contributed
Toni-Ann Singh (left) and Popcaan in a scene from the ‘Next to You’ music video. 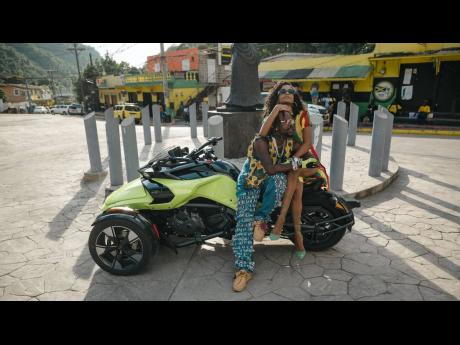 Contributed
‘All I’ll say is that there is only love between us, and a lot of it,’ Miss World 2019 Toni-Ann Singh said of her relationship with Popcaan. The ‘Next to You’ video took the two to several locations, including Gordon Town.
1
2

Beauty queen-turned-recording artiste Toni-Ann Singh “feels it in her soul” that her move towards a career in music could be her next adventure, and according to fans, with her recent collaboration with dancehall entertainer Popcaan, she may be close to another crowning moment.

“A little girl from St Thomas became Miss World so if there’s anything I can stand by, it’s that dreams are real and they can come true. If that [a recording career] is to be the case for me in this life, I am open to it,” Singh told The Gleaner.

Some mystery surrounds Singh’s relationship with Popcaan, but their single titled Next To Me, and the accompanying video, is eminently humming the story of love and romance, as the deejay is seen planting a kiss on her lips at the 2:38 mark, causing again, a stir online.

“All I’ll say is that there is only love between us, and a lot of it,” the former Miss World restates, as she explained the status of their relationship – neither confirming nor denying that they were an item.

She would have created history as the fourth woman from Jamaica to take the Miss World title home in 2019 and to have the longest reign in the history of the pageant, but she also won the hearts of the judges and people around the globe with her voice.

And Singh’s vocals, matched with the dancehall deejay’s voice, certainly warrants a playback.

Prior to the Miss Jamaica World and Miss World competitions, she had been living in Florida for almost 15 years, and would have obtained her bachelor’s degree in women’s studies and psychology from the Florida State University. However, her passion for music has continued to play a significant role in her life and endeavours, including her winning the fast-track talent competition in the Miss World pageant in 2019.

She said, “I love music, it is everything to me. It has always been my dream to actually enjoy my time on stage in a different way. Usually there is a lot more pressure, I am the only person on stage; there is a ballad, there is a big note and I don’t really get to relax, [so] oftentimes, instead I take on the personality of whatever the character of the song is and this is giving me an opportunity to use my voice.”

Singh shared that working with Popcaan, whose real name is Andrae Sutherland, gives her an opportunity to use her voice otherwise, to write her own lyrics and find her own melodies while having fun and paying homage to her training. Reminding persons of her personal mantra, “if God opens the door, I will step through it”, Singh explained that if a career in music recording is meant to be, it will be.

“The song is something I think everyone can sing along to and doesn’t have to be as menacing as I Have Nothing,” said Singh. She performed the classic song at Miss World and recorded her rendition to raise money for the pageant’s Beauty with a Purpose non-profit initiative. ‘’That makes me so happy to have the freedom to finally do something like this. Although this is one of my dreams and I would love to [pursue it], I just ask God to lead and continue to provide the opportunities,” she continued.

“As for my own solo projects, I think, I don’t necessarily want to limit myself to any certain sound because I’ve had the opportunity to travel a lot and being Miss World opened me up to so much. I don’t sound specifically dancehall or even Jamaican and my love for it is strong, but I would like to explore something that’s more international, but as I said, whichever door God will open, I will go where He leads,” Singh continued.