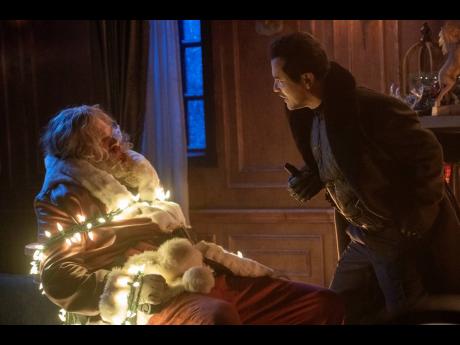 AP
David Harbour (left), and John Leguizamo in a scene from ‘Violent Night’. 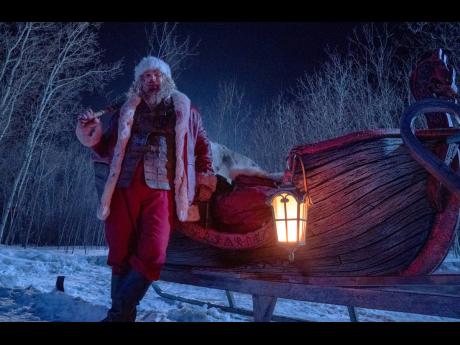 ‘Twas the night before Christmas, and on the silver screen, armed robbers roam a mansion, and they’re looking quite mean. A family is threatened, scared for their lives. There’s children, grandparents, husbands and wives. All seems without hope, no one comes to their aid. Thank goodness Santa Claus has sharpened his blade.

It’s not the first thing you think of when you picture Saint Nick. Yet the film Violent Night makes the iteration stick. The film opens with Santa not looking so jolly. He’s a pretty sour drunk, sick to death of making dollies. Kids today only want video games and crisp dollar bills. It’s got Santa so mad, he’s ready to kill.

He might be a killer, but he’s got a good heart. David Harbour knows just what to do with the part. Misery and mayhem are largely what’s shown, but every now and then, his glee makes itself known. What most impressed me was the history that’s conveyed here. Santa gets an origin as a warrior with reindeer. The character of Claus has never been so defined, though the film calls ‘Christmas Magic’ when the script’s in a bind.

The predilection for gore seems a bit harsh for Christmas, but the movie stays true to the holiday’s tenets. The characters are awful, selfish, full of greed. The true meaning of Christmas is all that they need! Even the violence gets traced to its roots. Classics like Home Alone are referenced as cute. There’s a scene that uses the same kind of slapstick, except this time the bad guys go home in a casket.

If you have the stomach for a killer Christmas caper, Violent Night is a rollicking fun time at the theatre. Cheesy one-liners and a cartoonishly grim show, makes the movie feel like Schwarzenegger’s Commando. It’s got plenty of charm and in such a simple story, it’s wildly creative with how it gets gory. It’s definitely ripe to become a yearly fan favourite. A film like this isn’t common, so we might as well savour it.