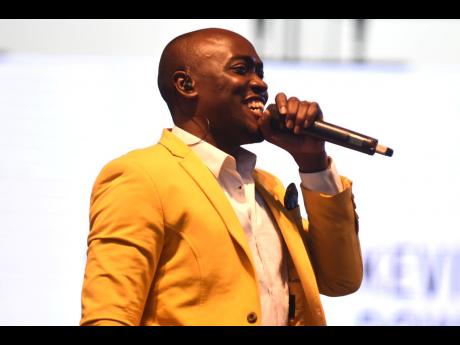 Organisers of what has been dubbed ‘the long-anticipated event of the year, The Well Encounter, have announced a last-minute change of venue from the National Stadium to the National Arena.

“All ticket holders: Ultra VIP, VIP, grandstand and bleachers can expect the same amazing experience, with secured parking and intimate worship, indoors. Ultra-VIP and VIP ticket holders will still have exclusive access to parking, food and beverage services,” a midweek release stated, adding that bleachers tickets are currently sold out.

Maverick City Music has cemented themselves among the gospel elite, and coming to Jamaica is a continuation of that ministry. Jireh, a song by Elevation and Maverick City Music, captured the number one spot on Billboard’s Gospel Streaming Songs Chart for more than 35 weeks, amassing 100 million views on YouTube and 10 million-plus streams on Spotify and Apple Music.

While this is not Moore’s first time in Jamaica, it is a first for Raine, who, in a conversation with founder and executive producer of the event, Ingrid Abrahams-Larmond, shared her enthusiasm.

“I can’t wait to be at The Well Encounter and I want you to be there. Come out and worship with me!” she exclaimed.

Rondell Positive, whose last performance in Jamaica was in 2019, is excited about the event and his return to the Jamaican stage. “I’m looking forward to The Well Encounter, it’s going to be an awesome worship experience,” he said.

Downswell, who has been in the entertainment industry for over 10 years, has already pinpointed this event to be one with a difference.

“I sense something different about this event because, based on conversations with the founder, and her heart and goal, I believe God is going to show up and meet us. This is a doorway for God to move mightily among us,” Downswell shared.

Inspired by the story of the Samaritan woman at the well, the event, which is spearheaded by Kingdom Culture – a conglomerate of revolutionary Christian creatives, entrepreneurs, and visionaries – aims to unite unbelievers and believers from all walks of life and denominations for one epic night of true repentance and worship.