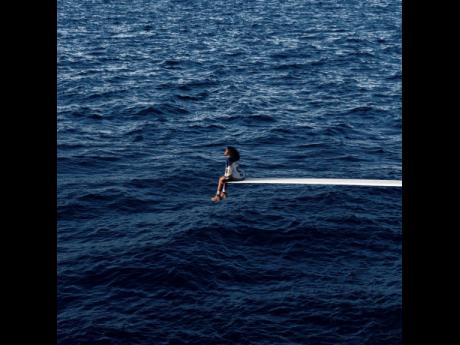 “Said what’s on my mind,” SZA professed in the first track at the top of her long-awaited second album, SOS. And that’s exactly what she does. The album comes after over five years since her debut album, Ctrl. The relatability of SZA’s lyrics, her vocal prowess and her experimental takes on the R&B genre reminds us why audiences fell in love with her in the first place.

SZA’s first album Ctrl was praised among fans and critics alike, with multiple songs charting in the top 40s, a Grammy nomination in 2018, and it was even AP’s Album of the Year in 2017.

In the time between albums, SZA was still releasing hits, including singles Good Days, and I Hate U, which are featured on SOS. She sang on the Oscar-nominated Black Panther track All the Stars with Kendrick Lamar, and the Grammy-winning Kiss Me More with Doja Cat.

With 23 songs on SOS, the overwhelming track list manages to keep audiences captivated from start to finish.

SZA’s vocal range and lyricism is apparent in the album. The artiste can go from a ruthless rap track Smoking on my Ex Pack to classic R&B ballads, Gone Girl, to even acoustic in Nobody Gets Me.

In Special, it’s a change of pace with an intimate acoustic sound and painful lyrics exploring body image and insecurity. Her relatable lyrics also dive into the sadness and the blind anger that comes with heartbreak. Kill Bill, explores fantasies of revenge, but was still able to capture the feeling of loneliness. She sings in the last line: “Rather be in hell than alone.”

Ghost in the Machine (feat. Bridgers) is a blend of R&B and indie alternative that was the most unexpected on the record, but also one of the best collabs. Both artistes are able to channel heartbreak, but in different genres, their unique sounds blending together perfectly.

The results of the five-year wait: a long, ambitious album with hardly a single miss. SZA proves in SOS she still is a voice of this generation.