Cham looks forward to being with family this season 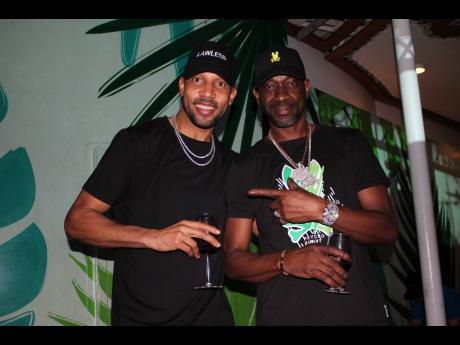 File
Dancehall veterans Cham (left), and Bounty Killer swapped tales after their performance on the Welcome to Jamrock Reggae Cruise. The two are working on completing their collaborative EP titled ‘Time Bomb’. 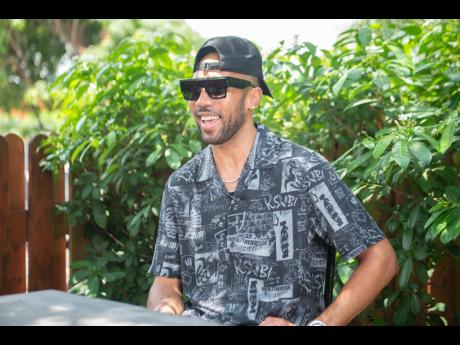 File
Cham says he’s looking forward to spending Christmas with his family, including his mom who he hadn’t seen for two years.
1
2

“Relax inna the sun an’ drink a Red Stripe beer, tek a puff off a me spliff and blow the smoke inna the air. A listen reggae music ‘pon a old barber chair, a look back inna life and a give thanks to be here. Consider meself lucky, although me shoes tear, a nuff a me colleagues dem drop out through the year. No have no bag a money or no new clothes fi wear, but if you hungry and me have a ten dollar it we share.”

“It’s been one of those years,” says Cham, followed by a crinkle at the edge of his eyes and a broad smile. The lyrics of Warm Jamaican Christmas, recorded with Wayne Wonder in 1996, remain relevant in the artiste’s life and are a true description of how he celebrates the season.

“I think that is the most important thing about Christmas [and] you being here to experience it, means you made it to the end of another year and whatever little – or much – money we made, we still have something to share,” Cham tells The Gleaner.

He shared that, before Warm Jamaican Christmas became a reality, initial plans were to do a traditional Christmas carol. “When producers linked up for an unorthodox track like a Christmas carol, the request was always for us to sing over one of the traditional ones like Jingle Bells, and Wayne and I wanted to make a song of how we, as Jamaicans, view Christmas. I give thanks because Warm Jamaican Christmas is one of the reggae-dancehall seasonal classics that has been playing since the ‘90s. I was still a boy, fresh out of high school,” Cham shared. The song was recorded only a year after he graduated from Calabar High School and connected with renowned producer Dave Kelly.

For the past two Christmases, a time when most people wanted to be with family, Cham was unable to see his mother. However, this year, though a busy time, the Ghetto Story artiste will have the comfort of being with his mother.

He shares, “It’s going to be in and out; lots of travelling, but it’s being done so that I can spend as much time with family, and my mom is right at my foot, right beside me. I mean, I didn’t see her for two years, and that was hard, and it makes this Christmas more special. At the same time, when you’re on the road, you want to cherish these moments you get with the family, and I believe the last few years taught us more to do that. I wouldn’t say I have any set tradition but giving gifts to the children, the exchange of gifts is a must because I like to see the look on their faces.”

Aside from his own reggae-dancehall carol, Cham enjoys and appreciates the Mariah Carey renditions. While he has met Carey, an occasion which happened during his days of touring with female rap star Foxy Brown, he has not yet had the opportunity to work with her because “music is something that should not be forced, it should be organic,” and there have been many encounters between them since.

Speaking of organic collaborations, Cham and his musical brother Bounty Killer, given the name Rodney Price, have been working on completing their collaborative EP titled Time Bomb.

“Being able to start the project is one of the reasons I have been sitting on top of the world in 2022. We, meaning me, Rodney and Dave [Kelly], went to the Bahamas for about one month — took Rodney out of his comfort zone — so that we could focus on the music solely, and, from there, we’ve been on the road and working,” Cham says.

Cham and Bounty Killer’s single Blood Clxxt has been getting major airplay and sparking some amount of controversy. The two were featured acts on the Welcome to Jamrock Reggae Cruise; before that, they were part of the Mad House Tribute at Reggae Sumfest.

“Dave is like my brother. As I said before, in the early days when producers did not look our way, he saw potential and worked with us. The complete project should be ready by spring 2023; we’re doing visuals for every single track on Time Bomb, and we are focused on getting that out there,” he said.

“We hopefully will put together a tour with Bounty Killer as well. Apart from that, we’re looking to do a remake of the Sumfest tribute to Dave Kelly, sort of like a Mad House Festival and get back some of those original acts like Terror Fabulous, Nadine Sutherland and Louie Culture, who represented for the label. That’s one of the projects I’m looking forward to working on in the new year,” Cham continued.