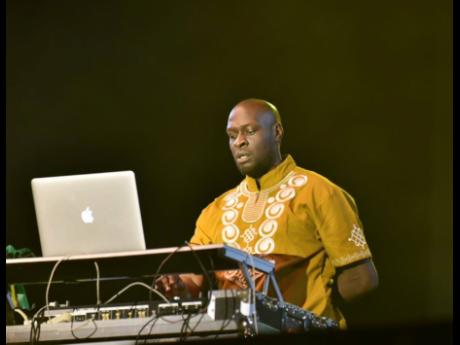 Kenyon Hemans
Dynamq thoroughly entertained the Rebel Salute crowd, in return they crowned the African from South Sudan the winner of the event's sound clash. 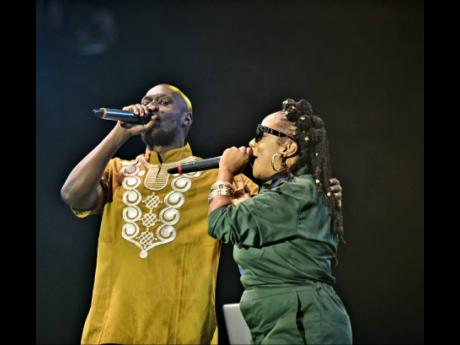 Don't play with the River Nile Crocodile ... he bites. And DJ Naz with her Gurl Power sound fell victim to him early Sunday morning at Rebel Salute at Grizzly's Plantation Cove in Priory, St Ann.

Dynamq — as the selector and croc is called— is an astute student of reggae and dancehall music and he is one who never stops learning. Just as he did in 2020 when he clashed with the veteran Jack Scorpio at the inaugural Rebel Salute sound clash, and won, Dynamq showed his predatory crocodile skills yet again. The Salute crowd was thoroughly entertained and had no choice but to crown the African from South Sudan the winner.

A seven-minute segment in which each selector pulled out their biggest dubs saw the crowd declare Dynamq winner in Round 1, when he answered DJ Naz with big bad tunes from Buju Banton — opening his segment with the prayerful "Our Father who art in heaven. hallowed be thy name..." — Tony Rebel, Mighty Diamonds, Freddie McGregor, Louie Culture and Busy Signal. DJ Naz rolled out with big names like Sizzla, Junior X, Freddie McGregor, Lady Gand and while she scored some points, her energy and prowess was no match for that of Kennedy Ongele Lorya, aka Dynamq.

The second of the three rounds also went to Dynamq, and although he knew that he had the win, the much-decorated clash selector never played ease up. He talked up the tunes, alternately praised and bashed DJ Naz, released a Junior Gong and Bounty Killer dub and tightened the screw with a dub from Badda General about the Usain Bolt money theft saga. That was the final nail in DJ Naz's musical coffin and kudos to her, she tried to make a comeback, but the night belonged to Dynamq.

The Rumble champion, who also holds the Bermuda Triangle champion title, made it to the semi-finals in the popular Boom Clash in Jamaica; and won the famous War Ina East championship in 2019.

Dynamiq, in a 2019 interview with The Sunday Gleaner, shared that the biggest forward he ever received was when he played at World Clash Canada in 2018. “That was about the time that Canada had just freed up marijuana, and I got a Tony Rebel dubplate the day of the show. ‘Help me big up Canada, dem just legalise marijuana,’ Tony Rebel’s voiced roared through the venue. I got scared when I heard the forward – it was the biggest forward of my entire life.”