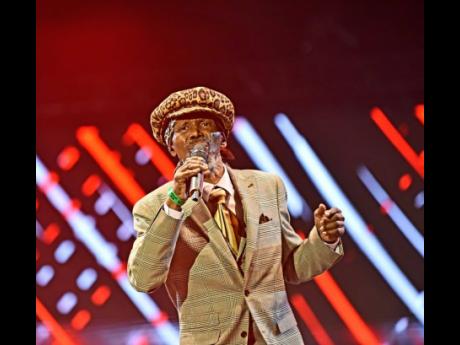 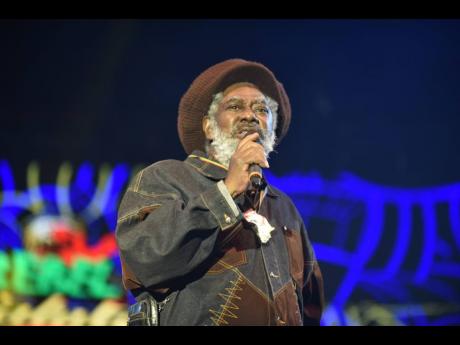 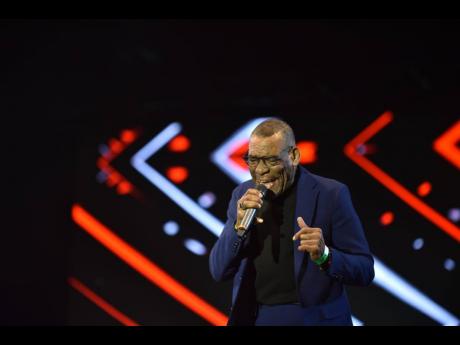 A trio of legends, performing one after the other, brought some real rocksteady and reggae vibes to Rebel Salute on Saturday night with songs that have stood the test of time and sounded as fresh as when they were released decades ago.

First up was none other than Errol Dunkley, the singer with classics such as Black Cinderella, You're Gonna Need Me, Movie Star, Darling Ooh and You Never Know. Looking dapper, the veteran singer who has toured the world reeled off his string of hits, but he also paused to clear his name. Dunkley shared that things that were reported about him in the media were not true and gave his side of a story with a promoter for a show in Italy.

"Some bad things in the media bout I ... but I never get the visa to go to Italy. I never tek nuh money from the promoter, so I don't owe him nutten. Di breda a spread roumours pon I," Dunkley said.

Having gotten that off his chest, Dunkley returned to thrilling the crowd.

He was followed by a purposeful Leroy Gibbons, who was in no rush, but was also in no mood to waste time. Gibbons created that Magic Moment which 'Saluters' expected of him, and also soothed them with Cupid and It's A Lover's Question.

Johnny Clarke promised "hits after hits", and he delivered. His last big show in Jamaica was Stars R Us at Ranny Williams Centre last October, and although he was good then, at Rebel Saute, Johnny Clarke really unleashed the Nice Time.

"Long time me no have no nice time....," he sang, to the delight of his fans in the crowd, True Believer in Love, Rock With Me Baby and Left With a Broken Heart, were among the tracks which the Rastafarian singer selected.

Before their performances, sons of legends evoked the spirits of their late fathers through selections from their repertoires. Christopher Ellis, the son of reggae legend, Alton Ellis and Junior Holt, the son of John Holt, represented well for their fathers.

"Short and sweet; nice and easy," was how Ellis described his set, which largely comprised tracks from the songbook of the Godfather of Rocksteady, Alton Ellis.

"In 1967, my father wrote this song," Christopher said as he introduced the classic, I'm Still in Love With You.

Other selections included Darling It's True, Get Ready (Rocksteady), Three Piece Suit, Girl I've Got a Date, and You've Made Me So Very Happy. He closed his set with two of his own songs and cemented the saying that 'chips never fall far from the block'. The younger Ellis, who is based in the UK, ended with a Christopher Ellis song, the Damian 'Jr Gong' Marley-produced Rub A Dub, a tune which feels like Ellis stepped straight out of the '70s directly onto the Rebel Salute stage in 2023.

Junior Holt entered centrestage with a classic John Holt opener — "My dream last night was about Ali Baba with his 40 thieves/Tom tom the Piper's son he was there with me". Thanking Tony Rebel for the opportunity to perform at the concert, Holt reached for John Holt's favourites such as Stealing Stealing, Sweetie Come Brush Me, Stick by me and Police in Helicopter.