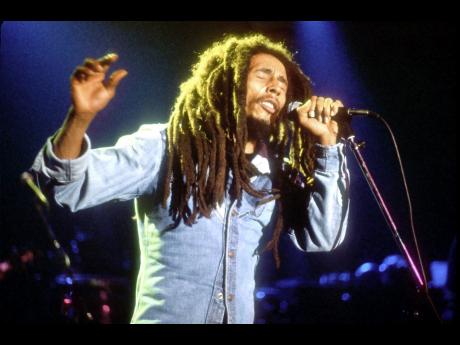 File Bob Marley’s 76th birthday anniversary will be celebrated under the theme ‘Survival’.

With COVID-19 still leaving Jamaica’s entertainment industry stuck in the mud, many have turned to the various digital platforms to keep themselves afloat. Bob Marley is credited with taking the most marketable part of our culture to the world - our music - and so it is no surprise that the late Reggae King has joined the movement to promote the industry virtually.

As the year-long Bob Marley 75 celebrations come to an end, the stage is set for a whole new slate of events as Jamaica and the world honour Marley’s 76th birthday anniversary on February 6.

The events include a virtual global birthday celebration hosted by the Bob Marley Museum, a Bob Marley tribute live-stream by Stephen Marley and a limited six-LP and a three-CD set release of Songs of Freedom: The Island Years. SiriusXM’s new Bob Marley Tuff Gong Radio channel will also run specialty programming on the day, tagged ‘All Bob, All Day’.

Marley’s 76th ‘earthstrong’ will be celebrated under the theme ‘Survival’, the name of his militant 1979 album.

With gathering ordinates and restrictions under the Disaster Risk Management Act preventing the staging of events, the Bob Marley Foundation’s virtual event will be held in lieu of the live annual birthday celebration that usually occurs at the Bob Marley Museum. The planned 12-hour celebration maintains much of its usual format. It will feature messages from the family; a Miami performance mash-up featuring the Marley brothers and third-generation Marleys; a Survival cypher performance, featuring: Skip Marley, Jo Mersa, Tifa, Kabaka Pyramid, Agent Sasco, and Tanya Stephens; More Family Time with Ziggy Marley; memorial tributes for Frederick ‘Toots’ Hibbert and Betty Wright, and performances from Papa Michigan, Richie Spice, and Beenie Man.

The day will begin with the morning ceremony which includes the blowing of the abeng and Nyabinghi drummers. Other presentations include ‘In the Marley Kitchen’, featuring chefs Brian Lumley from District 5 at R Hotel and Kush Tafari from Kushites Vegetable Cuisine; story reading; yoga and a children’s sing-a-long.

Reggae Jam sessions will take up the second half of the day. Hosted by ZJ Sparks and Ity Ellis, it will feature a mix of old and newly recorded performances, by names such as Marcia Griffiths, Capleton, Jesse Royal, and Koffee.

The virtual celebration will be available on Tuff Gong Television and its YouTube channel, as well as all Ministry of Culture, Gender, Entertainment and Sport social media platforms.