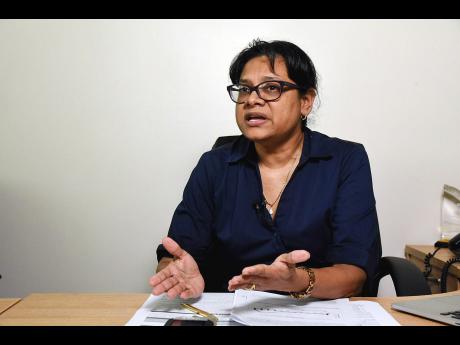 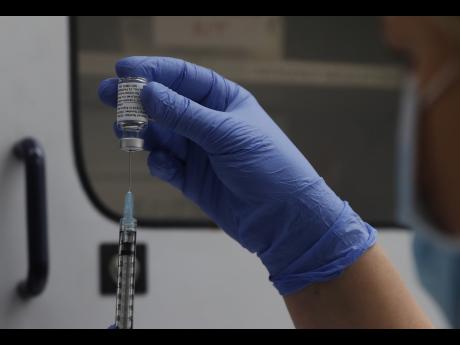 AP A vial of the Phase 3 Novavax coronavirus vaccine is seen ready for use. The drugmaker said on Thursday that its COVID-19 vaccine appears 89 per cent effective based on early findings.
1
2

The sheer size of the task of vaccinating an entire country against COVID-19, like the size of the task of testing and mitigating against its spread, is monumental. Private businesses are now mulling over the idea of getting involved the vaccination process, but will that cause more problems than it solves? The Gleaner ventilated the issue earlier this week.

Jamaicans who are not on the priority list for the COVID-19 vaccine being procured by the Government might have the option of buying the much-sought-after jab on the private market.

A business coalition banking on procuring the vaccine to complement a similar initiative by the Government disclosed on Thursday that the proposed sale of vaccines was firmly on the table.

The coalition, which includes the Private Sector Organisation of Jamaica, the Jamaica Manufacturers and Exporters Association, and the Jamaica Chamber of Commerce, said that a working group “is still looking into all aspects of the partnership with the Ministry of Health and Wellness”.

“A number of private-sector companies have indicated that they would be willing to provide vaccinations free of cost to their employees, but this decision is up to each individual firm,” the group said in response to queries by The Gleaner.

The group said it would mobilise its resources and leverage its administrative and logistical expertise in procurement to assist in the vaccination programme, adding that herd immunity would boost the prospects of a quicker return to full productivity and economic recovery.

But a rat race for vaccines and the opening of the process to multiple firms could result in a regulatory conundrum for the Holness administration, which is already seeing a mushrooming of informal sites in an emerging black market for rapid antigen and polymerase chain reaction tests.

A similar trend in the take-up of vaccines could fuel a frenzy among speculators and price-gouging by profiteers, potentially opening the door for scammers.

Executive director of the Trinidad and Tobago-based Caribbean Public Health Agency, Dr Joy St John, was reported by Barbados Today as saying that authorities should scrutinise the regulatory procedures surrounding mass distribution of vaccines in the region.

“I do not want bogus vaccines within the Caribbean. Already we know that there have been attempts to circulate bogus vaccines,” said St John.

“So I do not want anyone getting their hands on something that purports to be [approved] that is not.”

The logistics of the vaccination pact came up for discussion during Thursday’s meeting of a joint select committee of Parliament on the pandemic, with member Anthony Hylton wanting to know if the private sector would be making the vaccines available to Jamaicans for free.

Health and Wellness Minister Dr Christopher Tufton said that the nuts and bolts of the partnership were still being worked out but noted that Jamaica had a tradition of having parallel tracks – public sector and on the open market – to accessing drugs and vaccines.

“There may be some who can afford to pay for it, and they should. I would encourage it, frankly speaking,” Tufton told the committee. “And for those who can’t, the public- health system has an obligation to ensure that they get.”

The Government has indicated that the deployment of the vaccine will be done in four phases, with priority being given to healthcare professionals, parliamentarians, the elderly, the police and army, firefighters, correctional staffers, among other front-line workers.

Chief Medical Officer Dr Jacquiline Bisasor-McKenzie defended the ability and certainty of the COVAX Facility – a global pool to which Jamaica and nearly 200 other countries subscribe – to deliver sufficient quotas in time for the roll-out of the island’s vaccination programme. She said that local health authorities had been assured that two billion vaccines had already been secured under COVAX.

“It is not just negotiations. They have completed signing off the documents for some of these vaccines,” Bisasor McKenzie told the committee.

Participating countries are expected to receive today the initial estimation of the actual number of doses they will receive and the timeline for the first two quarters.

The COVAX Facility is designed to accelerate equitable access by countries globally to appropriate safe and efficacious COVID-19 vaccines. Jamaica is among six Caribbean Public Health Agency members that have been provided with the full down payment required for the COVAX Facility.

Bisasor McKenzie said Jamaica is now in the process of developing its indemnity agreement, which is a commitment that drugmakers will be insulated from liability for possible ill effects from the vaccine.

“We are using a new drug, a drug that has emergency use approval in the jurisdiction in which it is manufactured, and so the manufacturers require for there to be some kind of indemnity process that would prevent them from being sued, essentially, if something goes wrong,” Bisasor McKenzie said.