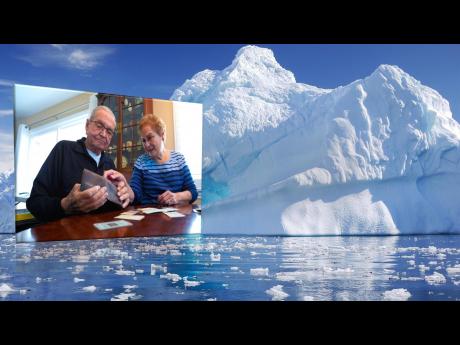 A man has been reunited with a wallet he lost in Antarctica 53 years ago.

Paul Grisham was serving as a US Navy meteorologist in 1968 when he lost the wallet, but he was only reunited with it recently after a building was demolished on Earth's southernmost continent.

Grisham admitted that he has no memory of losing the wallet but was thrilled with the efforts of those who returned it to him.

He told the San Diego Union-Tribune newspaper: "I was just blown away.

"There was a long series of people involved who tracked me down."

Sarah Lindbergh helped return the wallet to Grisham and admitted that she felt a sense of duty as her grandfather had served in the Navy.

She said: "It was a feel-good thing to do, and both my dad and I have gone to bed thinking that another family was as happy as we are. My grandpa would be so proud and my dad is proud to have things in their rightful places."