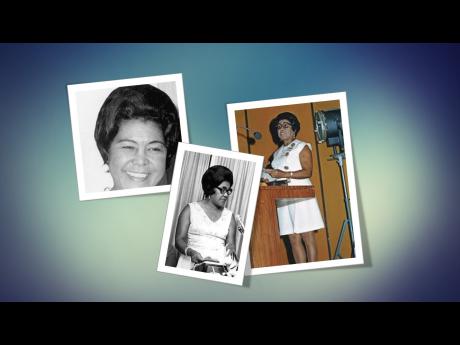 The constitutional advance of May 5th 1953 established the Council of Ministers to replace the Executive Council. A Chief Minister along with seven ministers were appointed, with each minister heading a separate ministry with Jamaican Permanent Secretaries. The new constitution made government more responsible and accountable.

The first seven ministers appointed to the new Council included one woman, Rose Leon, who was named Minister of Health and Housing. This appointment made her the first woman to hold ministerial responsibility.

Again, there were only three women among the 87 candidates in the 1955 General Elections. Leon kept her Western St Andrew seat, beating the People’s National Party (PNP) stalwart and former mayor of the Kingston and St Andrew Corporation (KSAC), William Seivwright.

Newcomer Iris King, who had been elected to the KSAC in 1947, stood for the PNP in Western Kingston but was defeated by Hugh Shearer of the Jamaica Labour Party (JLP). The third female candidate was another newcomer, Iris Williams, who replaced Iris Collins as the JLP’s standard bearer in St James North-Western, and lost to A.G.S. Coombs.

The new PNP administration established after the 1955 general elections did not include any women in the Council of Ministers. However, it was the first administration to include women as members of the Legislative Council.

One of those two women was Edith Clarke (1896-1979), who is credited as Jamaica’s first social anthropologist. She studied Anthropology at the University College London and The London School of Economics, and pursued further studies in Africa before returning to Jamaica.

Back home, she became deeply involved in the island’s social development, beginning with her appointment as Secretary to the Board of Supervision in 1936. Her seminal work, My Mother who Fathered Me, published in 1957, impacted not only social policy, but also a major study of the “social forces that underpin Jamaican society”.

The other female member of the Legislative Council was Una Elizabeth “Beth” Jacobs who, like Edith Clarke, had an impressive record of contribution to Jamaica’s social development.

Rose Leon’s political career suffered a major setback in 1956 when she was unseated for breaches of the electoral law. However, the fact that her husband, Arthur Leon, was named as the JLP’s candidate for the by-election showed she still had some influence in her Party.

In the 1959 General Elections, the number of female candidates dropped to two. Iris King won the Kingston West-Central seat for the PNP to become the only female in the House of Representatives, as the second candidate, Lilly Mae Burke, representing the JLP, went down to Claude Stuart in St Mary Western. The nomination of Edith Dalton-James as one of two women to the Legislative Council was a well-deserved recognition of her contribution to Jamaica’s political process.

After her loss in the Federal Elections of 1958, she never offered herself again for elected office, but continued to be a cornerstone of her party and to give outstanding service in the field of education as the principal of Chetolah Park Elementary School, and as four-time president of the Jamaica Union of Teachers (JUT).

At the private session of the 1960 JLP annual conference, Rose Leon was again in the spotlight.

On this occasion, she teamed up with the “Rising Star” Clem Tavares to support his challenge to Robert Lightbourne for the position of third Deputy Leader, against the wishes of Alexander Bustamante. Tavares was elected, but the following day at the public session Rose Leon broke down in tears as she had to read a letter from Bustamante to the conference which charged “a small clique within the Party of engineering force and hooliganism,” and disallowed the election of officers that had taken place at the private session.

She tendered her resignation from the JLP on February 5th 1961 and moved on to launch her own Party – “The Progressive Labour Movement”, becoming the first woman to lead a political Party. The Party remained in existence for less than a year. Rose Leon was ‘down’ but as events would show, ‘not out’.

The 1962 General Elections was Jamaica’s first as an independent state. However, this landmark constitutional advance seemed to have had no impact on the level of involvement of women in representational politics as there were only three women among the 113 candidates. Rose Leon was again on the ‘hustings’, this time as an independent in the constituency of St Andrew West Rural, but only managed to place third behind the winner, Alan Isaacs of the PNP and runner-up Emile Joseph (JLP).

The one new female candidate was Esme Grant, who ran for the JLP in the Westmoreland Central constituency, but lost to the PNP’s Matthew Henry. Iris King, the third female candidate in the elections retained her seat in West Central Kingston.

With independence, the Legislative Council was replaced by the Senate as the Upper House. The first two women to be nominated as Senators were Elsie Bailey, a pharmacist from Mandeville and Grant, the losing JLP candidate in Central Westmoreland.

Rose Leon re-surfaced in the 1967 General Elections, this time as the candidate of the PNP in West Rural St Andrew, but was defeated by Emile Joseph of the JLP.

Newcomer Una Joyce Hill, the JLP’s candidate in West Central St Andrew, went down to defeat to the PNP’s David Coore. The JLP’s Grant moved to North Eastern Westmoreland, where she emerged the winner over the PNP’s Jim Thompson.

The fourth female candidate in these General Elections was Enid Bennett (JLP) (1931-1997) who defeated the PNP’s Keith Cousins in St Catherine Central.

Born in Linstead, St Catherine, Bennett, a graduate of St Helen’s Commercial School served her political apprenticeship as a councillor in the St Catherine Parish Council. Her victory in the 1967 General Elections marked the beginning of an outstanding career in representational politics.

She established and maintained a level of service to her constituents that kept her as Member of Parliament for 26 years.

Elsie Bailey was returned to the Senate while Venetia McDonald was nominated as the second female Senator.

In the first six general elections held under universal adult suffrage only five women had been elected to the House of Representatives, despite the fact that women accounted for some 50% of the electorate. The capacity of women to serve with distinction at all levels of the political process had been well established, yet only seven had been nominated to the Upper House.