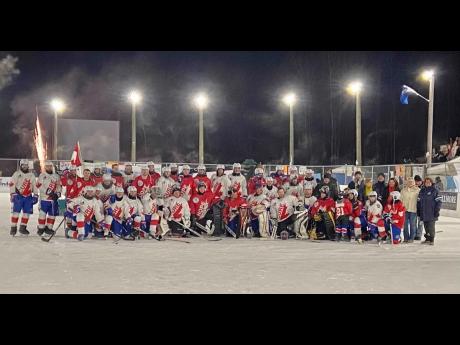 The world's longest ice hockey game has come to an end after 252 hours.

The game began on February 4 in Canada and hoped to raise money to fund cancer research. Organisers said the event ended with a final score of 2,649 goals for Team Cure and 2,528 for Team Hope.

The event raised more than $1.4 million for cancer research at the University of Alberta despite players having to overcome extremely cold temperatures that caused pucks to shatter and sticks to break.

Kate Gallagher, who helped put the event together, told CBC News: "This was definitely the coldest game we've ever seen. It was all part of the adventure. The players were troopers. They were warriors."

Evidence from the game is now being submitted to Guinness World Records so it can be officially verified as the world's longest game of ice hockey.