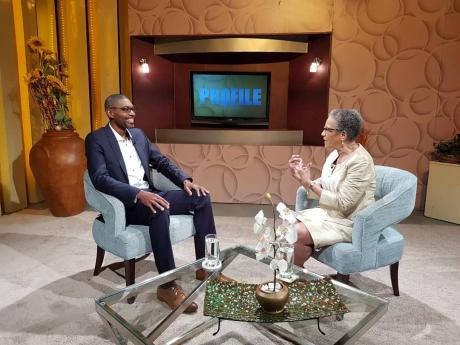 On the stage or the airwaves, Fae Ellington has proven a master and done so with distinction.

Her effervescent and bubbly personality has captured the hearts of many far and wide, however, don’t be fooled, the Clarendon-born Ellington is a stickler for discipline and professionalism.

The media darling who distinguished herself in theatre acting and broadcast journalism since the 1970s also did her fair share of teaching, where she also distinguished herself as a lecturer at the Caribbean School of Media and Communication (CARIMAC). She imparted her knowledge of journalism at CARIMAC to students, often afraid to draw her ire, for 33 years, first on a part-time basis and then full time for 12 years.

Her love for the stage would be the catalyst for her distinguished career.

It was the year 1971 that Ellington would get her big break when she appeared in the Pantomime ‘Music Boy’.

Three other pantomime appearances would follow, with her last being ‘Trash’ in 1986. She would also showcase her talent, filling roles in Louis Marriott productions ‘Sarah Plunkett’; ‘Bedward’; ‘Angela’; and ‘Playboy’ as well as several characters in ‘A Pack of Jokers’.

Fae would go on to make her commercial directorial debut in 2005 with ‘Who will sing for Lena’, a one-woman show with actress Makeda Solomon, who won the Best Actress award that year. Her efforts earned Ellington a ‘Best Director’ nomination.

From the stage to the airwaves, Ellington’s media journey started back in 1974, when she joined the now-defunct Jamaica Broadcasting Corporation where she took on hosting duties of the popular 'Morning Time' programme for 12 years.

Ellington would become a household name, presenting the news both on television and on radio for many years.

Her eloquence was unmistakable, as she also co-hosted ‘The World at Five', the first-afternoon news and current affairs programme on radio in Jamaica.

An expert in the art of interviewing, Fae has hosted interview programmes and conducted hundreds of interviews for both radio and television including: ‘The Bamboo Lounge’, ‘Morning Ride’, ‘Sunday Swizzle’, the ‘Lifetime’ series of personalities, interviews on Nationwide News Network and for Television: ‘Spotlight’ and ‘Morning Time’ and the JIS series ‘Masters of the Arts’.

Following the passing of Ian Boyne, Fae took on the role of hosting the popular talk show ‘Profile’ on Television Jamaica with aplomb and continues to share the stories of many of Jamaica’s great personalities.

Her mastery of the craft has not gone unnoticed and several national awards and recognitions are a testament to her great work.

Not only has she claimed national awards, but she is also the orator for many national and state events, including the National Honours and Awards ceremony.

Some of her awards to date include, the National Honour, Officer of the Order of Distinction 1998 and (Commander Class) in 2015; a Bronze Musgrave Medal and a Distinguished St Hugh’s Past Student Award in 1992.