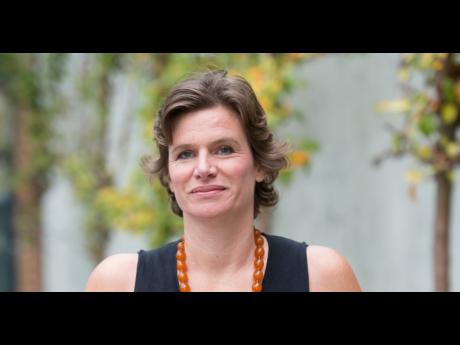 LONDON – In last year’s Reith Lectures – the BBC’s annual radio series – former Bank of England Governor Mark Carney observes that, since the 2008 financial crisis, norms and institutions have increasingly been defined by their monetary value. What is often missing from this discussion of price being confused with value, is how to capture the real worth of the public institutions that enrich us.

It is fitting that Carney makes this point on a BBC program. After all, the BBC was the first public broadcaster to incorporate the notion of “public value” into its governance framework. The British Broadcasting Company has become, alongside the National Health Service and The Open University, one of the United Kingdom’s most beloved, globally renowned institutions, reaching an audience of around 460 million each week.

Yet a vocal minority (often led by Rupert Murdoch-owned publications) wants to see the broadcaster destroyed. They decry the BBC’s commitment to inclusion and diversity as political correctness and they accuse it of “crowding out” private media companies, owing to the scale and scope of its services. In their view it is up to the private sector to create value; the state should focus only on filling the missing gaps and fixing what economists call “market failures.”

For these critics, the solution is simple: defund the BBC. This would mean decriminalising non-payment of the mandatory annual license fee that funds it. A BBC reliant on a subscription model, though, has a far more tenuous future, which may be what the BBC’s opponents want, given that Murdoch now is seeking to build a UK version of his far-right Fox News in the United States.

The UK would be at a loss with a weakened or destroyed BBC, as shown in a new report by my co-authors and me. Its value extends beyond the traditional public broadcaster mandate of providing universal access to objective news, credible programs, and the arts, which confines the Public Broadcasting Service in the US. The BBC has been groundbreaking also on commercial formats, thereby creating new business opportunities – crowding in (not out) business – while also achieving important social goals, like bringing diversity to the screen.

How the BBC has achieved this requires reviving our understanding of the state as a collective creator of value, not just as a market fixer. Acting simultaneously as an investor, inventor, innovator, and consumer platform, the broadcaster has played an integral role in the development of the UK’s infrastructure for digital and media innovation over the last century.

From early radio broadcasts to today’s online streaming platforms, the BBC’s investments have repeatedly catalyzed new markets across creative industries. The BBC is the single largest investor in original British content. Its creative force takes on programming risks. The sales of its original content worldwide help it to earn significant income whilst simultaneously showcasing British talent and attracting top foreign talent. All of these activities shape markets everywhere. Such income is then further devoted to developing, producing, and delivering content.

Beyond programming, the BBC has developed innovative technologies, like the iPlayer and BBC Sounds, thereby establishing technology standards for the media industry (such as DAB for radio and DVB-T2 for video), and creating economies of scale for electronics manufacturers. BBC research and innovation contribute to the development of a safer and more sustainable Internet environment, through collaborative initiatives such as the Digital Futures Commission aimed to unlock digital innovation in the interests of children and young people, and the Databox project, which sets high industry standards in data management and privacy.

Crucially, the BBC’s investments have often been driven more by social values than financial value. The BBC Micro, a micro-computer system that found its way into every British classroom, has helped to reduce the digital divide. The Micro emerged from a technology-education program, the BBC Computer Literacy Project, in the 1980s. To facilitate that project, the BBC had to work with Acorn Computers, which used the BBC’s investment to scale up considerably. The BBC’s social mission in turn created industry value.

Even the BBC’s most basic role – creating and distributing content – offers far-reaching social benefits. During the pandemic, with people confined to their homes, the BBC has offered three hours of educational and entertaining content every day. Further, the public trust placed in the BBC, and its reach, counters trends in misinformation, whether on climate change or COVID-19 vaccines. Maintaining the BBC’s reach, which is a function of its funding, ensures its position in a crowded media market as a legitimate, widely trusted source. And the “wokeness” that critics condemn – which includes, for example, giving female sports presenters a platform – contributes to a cultural climate of greater inclusiveness and tolerance.

While the BBC’s “dynamic public value” is difficult to measure, we do know that for every dollar from the public budget invested in cultural production, the economy grows by an average of $5. In the auto industry, the multiplier effect is only half as large, not only because it is less labour-intensive, but also because it does not spur nearly as much new investment in other services, technologies, and materials. Again, even though the BBC does not focus on financial value, it creates and spurs it very effectively.

Understanding the BBC’s economy-wide contributions – and the concept of public value more broadly – requires a new framework. The task is to develop metrics that enhance the BBC’s own accountability – making sure it pushes the frontier of markets and increases the necessary diversity of both programming and the array of suppliers affiliated with it. We need to rethink traditional performance indicators, which focus on static costs and benefits, rather than the dynamic effects of market-shaping investment decisions. This needs to happen urgently, before a valued institution is destroyed.

And the lessons go beyond the BBC. Only by rethinking public value generation can we move on from debates about whether to fund public institutions to discussions about how to structure and use these institutions to strengthen our social fabric and build a more creative economy. The BBC is a great place to start this discussion. The lessons we can learn address the key questions: How and why do we value our public institutions, and how can we strengthen them, rather than constantly questioning their very existence?

Mariana Mazzucato, Professor in the Economics of Innovation and Public Value at University College London and Founding Director of the UCL Institute for Innovation and Public Purpose, is Chair of the World Health Organisation’s Council on the Economics of Health for All and the author, most recently, of Mission Economy: A Moonshot Guide to Changing Capitalism (Allen Lane, 2021).