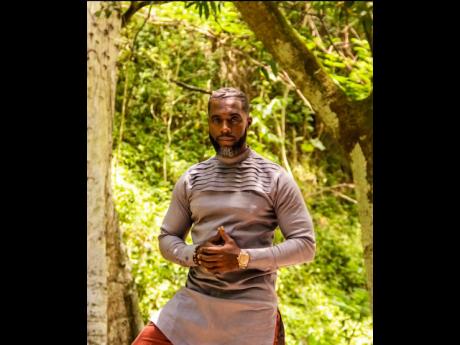 Contributed Richard Currie, the youngest chief elected to lead the Accompong Maroons in the modern era.

The elections of the Accompong Maroons rarely grab national interest, with the small community usually going about its business with the rest of the country none the wiser. However, 2021 has seen the rise of Chief Richard Currie, who at just 40 years old, is the youngest Colonel in the community’s history. With that youth has come the interest of a nation.

SEVENTY-TWO HOURS after defeating a colonel who spent 11 years at the helm, Chief Richard Currie of the Accompong Maroons says he wants to leverage the rich natural resources and technical capacity in the quasi-sovereign territory to construct an economically independent state.

Wary of those who come bearing gifts, the new chief is anxious to introduce greater structure and planning.

“We always have people coming to present things that are wonderful as a community, but when the action should begin, we often fall apart, and when you go in and investigate, you find it is the structure, the planning,” currie said.

An avowed democrat, Currie, who stakes the claim as the

youngest chief to lead the Accompong Maroons, said he organised an open-mic session after his thumping victory over the incumbent, Fearon Williams.

The new Maroon chief warned that“nobody wants to do business with unstructured or disorganised entities”.

Currie said that he originally had no intention of engaging in representational politics but was impelled by a desire for service.

The former Munro High School student, who gained his first degree in accounting and international business at the University of Technology, brings vast experience to the post, having worked with Pricewaterhousecoopers as an internal auditor and DB&G as an investment analyst.