Controlling markets is for gamers - real-life danger around the corner 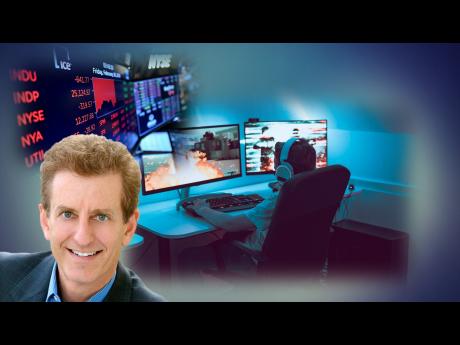 SAN DIEGO – “God does not play dice with the universe,” Einstein once assured us. True. Instead, a gaggle of geeky gamers with goggles, toggles, and Robinhood-like finance apps are determining our future. Long before GameStop made headlines for its meteoric 1,700% flash and crash, and the US Congress demanded testimony from hedge fund executives (in person and by Zoom), key parts of the economy were already being gamed.

Now, numerous US legislators are proposing a new tax on stock trades to slow down social-media-fuelled meteors like GameStop and AMC theatres (whose share price suddenly quadrupled). US Senator Bernie Sanders calls his bill the “Inclusive Prosperity Act.”

John Maynard Keynes and his Yale disciple James Tobin floated the idea of a financial transactions tax long ago. President Joe Biden should resist the urge to pursue it, because such a tax would inflict more pain on small investors, rather than add sanity to stock markets. It would prolong, to use another Einstein phrase, “spooky action at a distance.”

Before examining the merits of policy proposals, let’s first admit that flashy apps like Robinhood make stock trading quick, cheap, and alluring. With blinking lights and twirling symbols, Robinhood’s app makes staid competitors like the Merrill Lynch and Barclays apps look like they were designed in an episode of “Mad Men,” where characters sit on mid-century furniture and ponder a lunar landing.

Robinhood is designed for gamers, who are used to hunting. Whether hunting for foes in a shooter game like Apex Legends, or searching for equity bargains among retailers, gamers are primed for a dopamine rush when they turn on their screens. Robinhood delivers it.

Several years ago, I co-founded Sproglit, an educational game company that teaches mathematics to children. In doing so, I learned how game developers tap into your psyche, take your pulse, manipulate dopamine levels, and charge you up whenever you are ready to quit the game. They dangle rewards, challenge players with exciting epic missions, and then suddenly and unexpectedly juggle the odds of winning.

Each time the player gets “this close,” a new obstacle or prize pops up, which squirts a bit more dopamine into the player’s brain. Robinhood knows these tricks: the prize is a fat capital gain.

With billions of people avidly playing games, the Robinhood phenomenon was inevitable. Consider this: Human beings have logged three million years playing the video game Call of Duty – far longer than humankind has existed. Millennials and Gen Z’ers were raised on games. Every World of Warcraft sequel outsells any “Star Wars” movie within hours. A Halo sequel outsells a pre-pandemic year’s worth of tickets for the hit musical “Hamilton” in a few minutes.

Many people scoff that they are too smart or sophisticated to become gamers. Really? Every time you flash a rewards card at Starbucks, you are becoming a player, “earning” stars, hopping up to higher loyalty levels, and cashing in for “free” drinks. Every airline customer who takes an extra flight to bump up to silver or gold or platinum status has become a player.

So, if gaming manipulates us and sneakily taps into our hormones, wouldn’t it make sense to put the brakes on stock trading?

In a word: no. Slowing or staunching trades through a transaction tax will actually make things worse by prolonging the time it takes for a meteoric price rise to correct itself and reunite with reality.

That’s bad, because investors and the economy are better off when equity prices more accurately reflect a company’s profitability, future cash flow, and underlying value. Eventually, that happens. But when a price goes parabolic, it is better if the volte-face comes sooner, because fewer investors are likely to be swept onto the diabolical ride. If a company is going to be “pumped and dumped,” we should prefer that the pumping be over on day one rather than day six.

Moreover, history suggests that transaction taxes often backfire, because they sap liquidity and create a wider gap between bids and offers. In 1984, Sweden imposed a tax on bond and stock trading. Half of Swedish trades went offshore to London, removing liquidity from Stockholm and amping up price swings. By 1991, Sweden quit the experiment, and the stock market acted more soberly.

In recent decades, Germany, Japan, and the Netherlands also terminated such taxes. In contrast, hapless Venezuela introduced a similar tax in 2015, and it remains on the books, even though the stock market has nearly evaporated from capital flight and hyperinflation.

GameStop’s romp and wreck was fueled by social media, dazzling graphics, and get-rich-quick swagger. The wreckage now serves as a warning. It is better that the end came quickly. It shouldn’t take an Einstein to see that.

Todd G. Buchholz, a former White House director of economic policy and managing director of the Tiger Management hedge fund, is the author of New Ideas from Dead Economists and The Price of Prosperity. Follow him on Twitter @econTodd.