Human-faced shark draws the attention of a nation 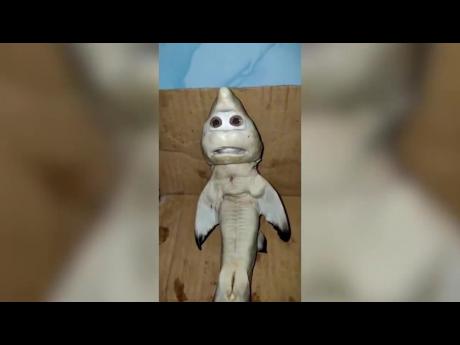 A fisherman found a baby shark with a 'human face'.

Abdullah Nuren caught the young shark on a fishing trip in Indonesia and was left perplexed by its human-like facial features.

The shark was one of the three unborn creatures found in the stomach of a shark he had caught in his trawler net but the human-faced animal looked vastly different to his siblings.

Nuren said: "I initially found a mother shark caught in the trawler net.

"The next day I split the belly of the mother shark and found three pups in the stomach.

Nuren took the baby shark back to his home where it has captured the imagination of his local area but he has no plans to sell it.

He explained: "My home has been crowded with people who want to see the shark.

"Many people want to buy it, but I will preserve it instead. I think it will bring me good luck."