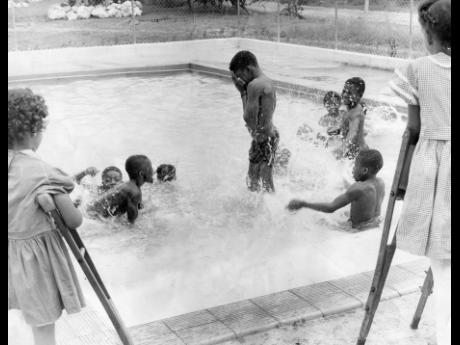 Young polio victims enjoy the swimming pool at the Polio Rehab Centre on the grounds of the University College of the West Indies. 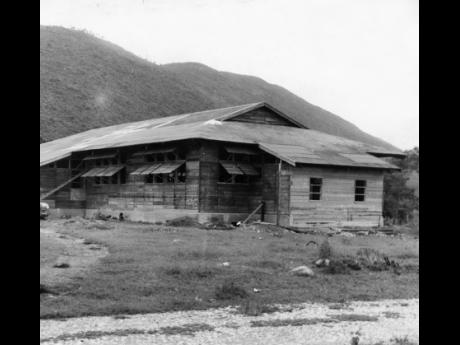 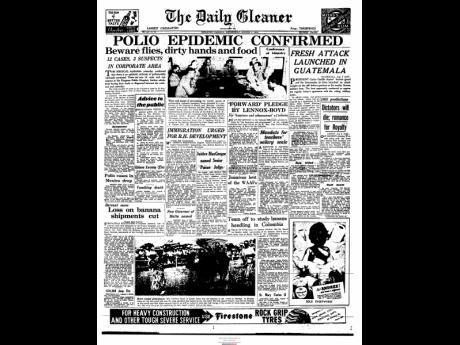 Jamaica has been hit with epidemics many times before. There has been Dengue, Chikungunya, Zika, and much further back, the dangerous Cholera. All the way back in 1954, the country was gripped by fear when a Poliomyelitis outbreak threatened its future. The pages of The Gleaner, captured that fear thus:

THE MEDICAL Authorities yesterday confirmed that there is an epidemic outbreak of poliomyelitis (infantile paralysis). There are now 10 cases and one suspect in the Kingston Public Hospital, further admissions having been made or diagnosed between the weekend and yesterday.

The total number of cases in the Corporate Area is 12 diagnosed and three suspect, four of these being at the University College Hospital.

A conference was held yesterday afternoon at the Ministry of Health and Housing under the chairmanship of the Hon. Rose Leon, following which the Minister made a broadcast and issued a statement to the Press.

Persons affected include nine Infants and children and the others adults between the ages of 21 and 26.

"No definite and effective preventive or curative treatment has yet been discovered”, the Minister states. “Although experiments in many countries are being carried out with Gamma Globulin injections and vaccines. Up to now there is no certainty that these treatments are effective and there is no possibility of securing sufficient supplies of this drug to be of any practical value in the present situation. It is hoped that within the next few years an effective vaccine may become available.

For the time being the conclusions reached are that actual and suspected cases should be isolated and efforts should be made by the population to avoid congregations. It is therefore wise for individuals to avoid contacts with new groups where possible.

“Persons suspecting the symptoms of polio in themselves or their families should report immediately to the Medical Officer of Health and to their family physicians.

Although the outbreak is at the moment confined to 12 cases and three suspects, every precaution is being taken to obviate any further spread of the disease.

“The Ministry remains in close consultation with the Medical Department, the British Medical Association, the Military and the World Health Organisation and continues to watch the situation closely so as to ensure that all possible measures are being taken to confine the incidence of infection to a minimum.”

Precautionary measures which are being taken by the Ministry include the provision of isolation facilities at the Quarantine Hospital at Plumb Point for cases that warrant such treatment.

Physicians in the Corporate Area have been circularised to be on the alert for the discovery of cases and to report them promptly to the Health Department.

A conference of doctors at the Kingston Public Hospital is to be held today to assist in providing isolation and treatment.