Turning passion into greatness, the story of Mary Seacole 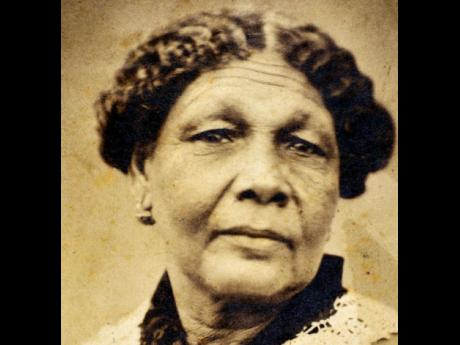 Mary Seacole was born Mary Joan Grant in Kingston, Jamaica in 1805 to a Creole mother and a Scottish father. It was from her mother that she inherited her interest in nursing.

Mary's mother, nicknamed “the Doctress”, kept a lodging house at East Street, Kingston where she nursed ailing or injured army officers and their families from Up Park Camp.

In 1836, Mary married Edwin Horatio Seacole, an invalid, who is said to have been the godson of British naval hero Admiral Horatio Nelson.

Edwin Seacole was sickly and despite being watched over by an attentive Mary at their Black River, St Elizabeth home, he passed.

On top of her husband's death, Seacole’s mother died soon after, leaving her to operate the nursing home in Kingston.

Seacole was one of the victims of the Cholera epidemic in 1850 in Jamaica, but only after treating more victims than she could count.

In 1850 a cholera outbreak hit the island and Seacole treated more patients than she could count.

Not long after Seacole travelled to Panama where her brother had a hotel.

Seacole would remain in Central America for a few years, setting up a sort of restaurant across from her brother before opening a hotel of her own as well.

During those few years, Seacole would come face to face with Cholera again and tirelessly served the community where her and her brother had set up shop. Unfortunately, Seacole would become a victim of cholera herself. Her survival was largely thanks to the care of the very same people she nursed back to health during the outbreak.

When Seacole recovered, her restless spirit induced a move back to Jamaica where her next challenge was treating the yellow fever outbreak of 1853.

Seacole returned to Panama in 1854. Her arrival coincided with the cholera epidemic in that country. There she aided in medically treating cholera victims and as a result, became known as the 'yellow woman from Jamaica with the cholera medicine'.

Later, when Turkey declared war on Russia and intense fighting took place in the Crimean Peninsula, she decided to offer her services as a nurse.

Many soldiers were dying, not only from war wounds, but also from illnesses such as cholera and dysentery.

Seacole believed her experience with these diseases would be of value in Crimea. In her quest to work as a nurse in Crimea, she wrote a letter introducing herself to Florence Nightingale, who was responsible for the group of nurses going to Crimea. Notwithstanding, her attempts were futile.

Thereafter, she continued to seek assistance and support in going to Crimea; her repeated attempts proved futile. Consequently, she decided to operate independently and used the assets she had to build a facility in Crimea.

This facility provided medical service, food, and other services.

But that wasn’t enough for Seacole. She believed she could be of more help closer to the fighting.

"One thought never left my mind as I walked through the fearful miles of suffering in that great hospital,” said seacole.

“If it is so here, what must it not be at the scene of war on the spot where the poor fellows are stricken down by pestilence or Russian bullets, and days and nights of agony must be passed before a woman's hand can dress their wounds. And I felt happy in the conviction that I must be useful three or four days nearer to their pressing wants than this."

Seacole created what she called her 'hotel for invalids' in the winter of 1855, close to the Balaclava front. Balaclava is a town in the Ukraine and it may be the inspiration for the Jamaican town of the same name. She called it the British hotel and spent the next year dispensing medicine, meals, and entertainment. She divided her time between the hotel and the battlefront. She could often be seen helping doctors transport the wounded to hospital and visited with soldiers at their campsites. She quickly became known as Mother Seacole.

Seacole’s route to the Crimea was through England and it is there that she returned after the battle.

Destitute, Seacole had a rough time in England until a journalist picked up her story. She would receive grants from all over England from those who she helped in the Crimean war and from the families of those who never made it.

Subsequently, she would publish an autobiography, entitled, The Wonderful Adventures of Mary Seacole, which included her time in Crimea.

That book sold out within a year and had to be reprinted.

The bust is a reproduction done by Jamaican sculptor, Curtis Johnston, of the original one located at the Institute of Jamaica.

After her return to England, Mary Seacole was presented with the Crimean medal, while the Jamaica Government in 1991 awarded her posthumously with the country's third-highest honour, the Order of Merit.

Mary Seacole died in England in 1881.