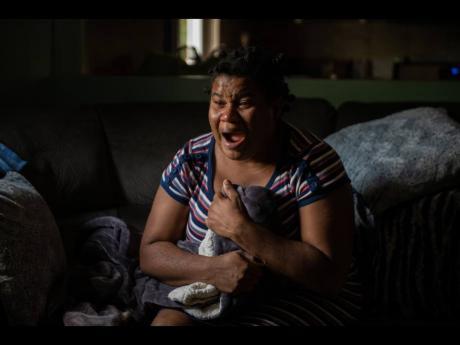 Gladstone Taylor/Multimedia Photo Editor A grieving Narda McKoy retraces the circumstances that led to her daughter’s death during an interview at her Bedward Gardens, St Andrew, home on Sunday. McKoy said that Jalisa McGowan died after healthcare workers allegedly failed to offer medical assistance as the 17-year-old struggled to breathe. 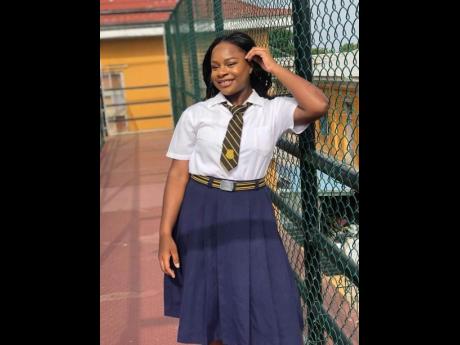 The sight and sounds of a mother weeping for the loss of a child is nothing new, but The Gleaner’s depiction of Narda McKoy’s story and the fact that her loss seemed, to her, avoidable, deservedly caught the attention of the nation this past week.

‘My child never deserved this’

THE ONLY money Narda Mckoy had in her purse was her 17-year-old daughter’s college tuition, but she would have spent every cent without hesitation Friday night for some oxygen at the University Hospital of the West Indies (UHWI), where she had pleaded her guts out for help for nearly two hours.

No help came, Mckoy said, and her daughter, Jalisa McGowan, who had ambitions of becoming a visual artist, slipped from her arms, turning her world upside down.

An “intensive” investigation has been launched into McGowan’s death and the findings will be disclosed thereafter, said Dr Peter Glegg, senior legal officer at the hospital, on Sunday.

McGowan, who she said was asthmatic, complained of feeling tightness in her chest.

The Bedward Gardens, St Andrew, resident said she immediately sprang into action and got her husband to transport them to the nearby UHWI.

Mckoy said that a doctor kept her distance while assessing and gathering information on McGowan, who was at the time weak as she struggled for air.

As her anxiety spiralled, the forlorn mother said that the doctor returned with news that she had no bed space to offer McGowan oxygen.

“{An assistant] said to her, ‘But we could hook her up out here ...’ because there is a big oxygen tank out there,”a teary-eyed Mckoy told The Gleaner on Sunday.

“The assessment doctor said no, she cannot do it because the last time she did it, she got in trouble, and she walked away.”

Mckoy, who has a younger daughter, said that her appeals to administer oxygen – even in a corner – to stabilise McGowan were met with ambivalence.

Nearly an hour had reportedly passed, and by this time, she twice visited the emergency area of the hospital, but no assistance came from the medical staff.

It was a security guard who offered some comfort and encouragement as young McGowan fought desperately to breathe.

Her desperate attempts to keep her eldest daughter alive were being aided by two small inhalers, which she squeezed until they were empty.

“The same doctor pushed out her head and say, ‘Puff her some more’,” Mckoy recalled.

McGowan, she said, had gone unconscious – the first sign that time was running out.

Maternal instinct drove her to holler again for help from the emergency room.

“Me say, ‘Somebody come help me nuh! Who can help? Who is going to help me? Nobody [came]!”

Mckoy and her husband eventually transferred the 17-year-old to Andrews Memorial Hospital, where she was pronounced dead.

“It look like a inna me hand she dead. Inna mi hand she dead! My child never deserved this,” the grief-stricken mother lamented.

In the same breath, she praised the staff at Andrews Memorial, who she said did not hesitate to render assistance when they arrived.

Picking up the pieces is going to be difficult for Mckoy.

“From morning me get up, it’s like me inna daze. Me a wonder if me must blame miself,” Mckoy, a teaching assistant completing her degree at Shortwood Teachers’ College, told The Gleaner as she clutched a blanket in which she had wrapped McGowan in her time of distress.

She vowed never to wash the blanket, fearing the memories of the night she last cuddled her daughter would fade away.

McGowan ‘s death has had a devastating impact on her extended family, Mckoy said, especially on an aunt who lives overseas.

“She mashed up her phone. ... She said she is going to commit suicide,” Mckoy said, before bursting into tears again.

“She went to a nearby park, and my other sister had to call cops to get her because they didn’t want that to happen. They held on to her, and she has to stay in a mental facility for 72 hours.”