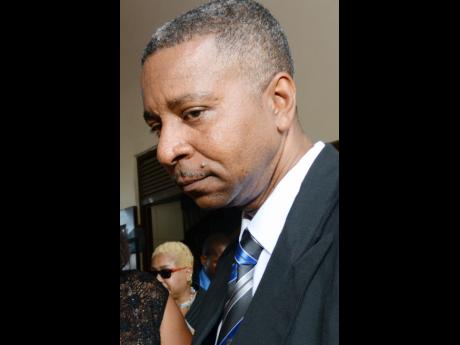 Retired Superintendent of Police James Forbes, this week, successfully appealed a 2014 conviction on corruption and from the short, everybody is happy about it, not least of all Forbes himself. A stellar career on the verge of being tainted has been restored. All’s well that ends well.

‘My soul was challenged’

Forbes celebrates vindication in Bicknell matter, does not regret actions

FORMER SENIOR Superintendent of Police James Forbes, whose 2014 corruption conviction was yesterday thrown out by the Court Appeal, says that if he could go back in time, he would again take part in the events that had led to him being charged.

“If I was provided with the same information that I had on the day, I would take the same decision all over again because it was the right thing to do,” Forbes told The Gleaner hours after the appellate court overturned his conviction.

The well-respected senior cop, who had 33 years and eight months under his belt in the Jamaica Constabulary Force (JCF), was charged with attempting to pervert the course of justice in 2012 and two years later, he was convicted and fined $800,000 or six months’ imprisonment.

The charge emanated from a meeting he admitted facilitating between businessman Bruce Bicknell and two police sergeants after the businessman was arrested and charged for allegedly trying to bribe one of the sergeants with two $1,000 notes. This was after Bicknell was issued with a speeding ticket in April 2012 in east Kingston.

The meeting, however, was held four days after the arrest and five days before Bicknell was scheduled to appear in court.

But prosecutors said that during the meeting, an agreement was reached to have the case against Bicknell, who was on bail, disposed before it went before the court.

However, Forbes, who at the time was head of the JCF’S Community Safety and Security Branch, had insisted that no agreement was reached at the meeting and that he was not aware, then, that Bicknell had been formally charged.

Following his conviction by then Senior Resident Magistrate Stephanie Jackson-haisley in the then Corporate Area Criminal Court, Forbes appealed the ruling and judgment was reserved.

In yesterday’s ruling, the High Court judges ordered that the lower court’s sentence be set aside and that Forbes be refunded the $800,000 fine.

The former cop, whose illustrious career came to a premature end as a result of the conviction, told The Gleaner that he was delighted with yesterday’s ruling and that he was always confident of victory.

When asked how the situation had impacted his family, Forbes described it as being a very heavy load to carry for nine years.

“I have built up a reputation in Jamaica. I have an impeccable character, and when that is challenged, then my soul was challenged and that was what bothered me more than anything else,” he added.

HAPPY TO MOVE ON

The distinguished police officer, who many believed was on his way to becoming police commissioner, emphatically declared that he has no plans to rejoin the force nor to make any further contribution and is happy to move on.

In the 49-page judgment, the judges declared that although Forbes’ actions were misguided, “It cannot be said that his conduct had the tendency to and was intended to obstruct, divert or disrupt the course of justice.”

They also concluded that the parish court judge erred in her finding that the prosecution had proved the criminal act of the offence of attempting to pervert the course of justice.

The judges noted that a police officer can exercise his or her discretion as whether to prosecute an individual, but that it should be done in a transparent manner and be based on valid and reasonable grounds.

At the same time, the judges reasoned that there was no evidence to show that Sergeant Jubert Llewellyn, who had initially assumed that Bicknell was trying to bribe him but changed his mind, was influenced to recant. The judges said that they genuinely believed that he was mistaken when he arrived at the conclusion that Bicknell had attempted to bribe him.

Further, the court said that there is no evidence to show that Forbes, whose assistance had been sought to correct Llewellyn’s mistake, had interfered with the sergeant’s exercise of his discretion.

But the judges were quick to note that they had “hesitantly” arrived at that decision because the so-called “mediation” or“facilitation” carried out by the appellant was not mandated by the court or any legislative power.