Prodigal cat returns after 14 years away 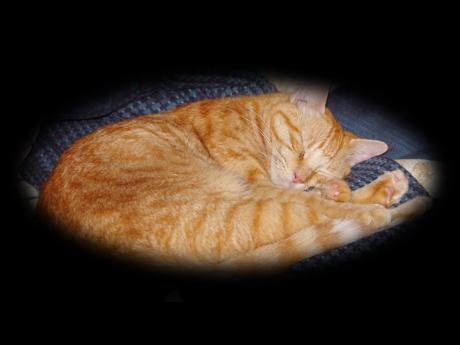 A runaway cat has been reunited with its owners after 14 years.

Mandy Prior revealed that her moggy Taz vanished after escaping through a bathroom window of her family home back in 2007.

Prior admits that she is "shocked" that the cat has returned as she had given up hope of ever seeing the animal again.

She told the Dorset Echo newspaper: "It's a great shock that we've got Taz back after all these years. When he first went missing, we looked and checked everywhere and put posters up all the time. We even put posters up when we moved to Branksome. There were some sightings but we never found him.

"The months and years go by and you just give up and accept you won't ever see him again."

Prior added that it hasn't taken Taz long to get used to being with the family once more.

She said: "It's been amazing having him home. Straight away, he was with me all the time and meowing loudly like he used to. Taz is doing well, but he sleeps a lot as he's an older cat. He may be old, but certain traits of his haven't changed."