The King and I - Gleaner meets Martin Luther King 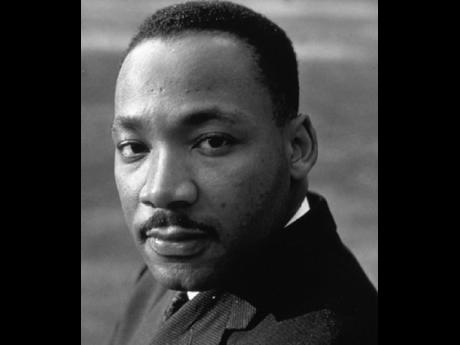 When The Gleaner sat down with Martin Luther King in 1963, he was impressed. Not with the grandeur of the institution, but with the people of an island that resembled a patchwork rather than a solid entity, but yet found a way to be one. Dr King, in fact, suggested the country could have been a beacon of light for the rest of the world to follow.

The Rev. Dr. Martin Luther King Jr., leader in the fight for racial integration in the United States, told The Gleaner in an interview Wednesday night that he was much impressed with “the apparent unity amongst the people of Jamaica who have their origins in such a vast number of ethnic backgrounds.”

Dr. King added “It is a magnificent demonstration of what mankind ought to be.” In relation to this point, he said he rather liked Jamaica’s motto “Out of Many, One People.”

Dr. King, who returned to the U.S. yesterday, came to Jamaica last week Thursday “to get some necessary rest.”  He was accompanied by his executive assistant, the Rev. Wyatt T. Walker, D.D.

Dr. King told the Gleaner that it was his view that Negroes in the U.S. “had made some very significant strides over the years in their struggle to break down the barrier of racial discrimination.

“I think, however, that with the forces that work in our nation we will be able to solve a great deal of those problems in the not-too-distant future.

Dr. King said that the very destiny of the U.S was tied up with the solution of the racial problem “because America cannot hope to become a first-class nation if it has second-class citizens.”

Dr. King said he was jailed about 12 times for participating in demonstrations of one kind or another.  “I was actually in jail during your independence celebrations.”

He said the policy of ‘non-violent resistance’ was the basis on which his organisation operated.  He and members of the organisation believed that  by this means, much could be achieved in solving the race problem without bloodshed.

The Southern Christian Leadership Conference, of which Dr. King is president, is an affiliate of the National Association for the Advancement of Coloured Peoples (NAACP).

Dr. King disclosed in the interview that one of the purposes which his visit to Jamaica served was to enable him to put the finishing touches to the manuscript for his third book, “Strength to Love.”  He said the book was a collection of sermons in which he attempted to bring the moral and ethical insights of Christianity to bear on the major social evils of the day –economic injustice, racial injustice and the whole problem of war.  Publication date for the book is May 15.