Trafigura hits the headlines once again 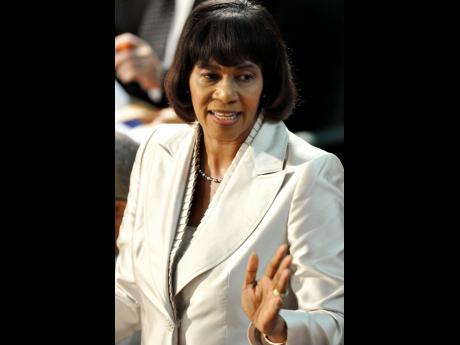 The word Trafigura has made headlines throughout the country on many occasions and it did so again last week as former Prime Minister Portia Simpson Miller, along with four other members of the People’s National Party will have to testify in open court.

FORMER PRIME Minister Portia Simpson Miller and four other People’s National Party (PNP) members are now awaiting the decision of the Privy Council, which will make the final determination on whether they will testify in open court in the Trafigura saga.

The United Kingdom-based court, which is Jamaica’s final appellate jurisdiction, reserved judgement after hearing arguments from the attorneys for the Office of the Director of Public Prosecutions (ODPP) and the five PNP officials.

Lawyers for Simpson Miller; former PNP Chairman Robert Pickersgill; current PNP Chairman Phillip Paulwell; Colin Campbell; and businessman Norton Hinds, who have been fighting the case for more than a decade, had appealed a ruling by Justice Lennox Campbell that they must give testimony about the corruption scandal in open court.

The case stems from the request by authorities in the Netherlands for Simpson Miller to answer questions about a $31-million donation to the party in 2006 by Dutch firm Trafigura Beheer. The donation was made while Jamaica, under the leadership of the then Simpson Miller administration, had an oil-lifting agreement with Trafigura.

However, Dutch firms are prohibited from making donations to foreign governments.

During Monday’s hearing, British attorney-at-law Peter Knox, who represented the ODPP, argued that given the considerable amount of publicity that the case has attracted, open court was a proper forum for public scrutiny.

“Why should they not be required to answer in an open court which provides access to the people they are sworn to serve? Why not?” Knox asked.

Knox also submitted that it was important for the high court to weigh the conflicting public interest, which includes protecting the administration of justice; recognising and protecting the freedom of the press; and the right of the public to be informed about matters of national importance.

“And where the investigation is shown to be concerned with issues in the public sphere, that should tip the scale in favour of the open court,” he said, adding that the matter was not private.

Further, he said in Jamaica where many citizens were reluctant to cooperate with the police, the appellants’ testimony in court would be a compelling symbol to the populace.

Attorney-at-law Alexis Robinson, who represented the PNP, argued that under the MACMA, the DPP had no power to bring the taking of evidence in court and could only authorise that action.

She further submitted that the Supreme Court judge had no power to compel persons to give evidence in court or to impose a penalty in the case of refusal.

The law lords, who appeared bewildered by Robinson’s pronouncement, asked her repeatedly if she was saying that judges could not order witnesses to testify.

Robinson, who admittedly did not cite any authority to support her argument, insisted that the judges had no such power under MACMA.

“Judges in Jamaica have hardly any power at all really if you are right,” one of the judges stated, after indicating that her submission was “startling”.

According to the facts presented before the Privy Council, the National Public Prosecutor’s Office (NPPO) of the Netherlands is investigating alleged breaches of the Dutch Criminal Code by Trafigura Beheer BV for the potential bribery of public officials of Jamaica.

In the NPPO’S Eighth Supplementary Letter of Request issued on April14, 2009, the NPPO requested that summonses be issued to the appellants, pursuant to Section 20 of MACMA, to appear before a judge of the Supreme Court or a resident magistrate and to give evidence or produce documents connected with the Trafigura investigation