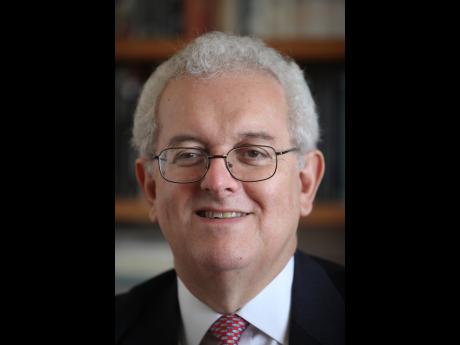 NEW YORK – The G20 has agreed on a new allocation of special drawing rights, the International Monetary Fund’s reserve asset. This is great news: I have long considered the SDR one of the most promising, yet underused instruments of international economic cooperation. But if the world is to make the most of this half-century-old tool, reform is needed.

Many economists, including some colleagues and I, have been recommending a major new SDR allocation for a year now. The G20’s failure to heed that recommendation exemplifies the inadequacy of international financial cooperation during the COVID-19 pandemic, especially when compared to the aftermath of the 2008 global financial crisis.

Now, however, the United States recognises the need for cooperation: it was Janet Yellen’s predecessor as US Treasury Secretary, Steven Mnuchin, who opposed – and effectively blocked – the SDR allocation last year. IMF Managing Director Kristalina Georgieva also deserves credit for championing SDRs as a powerful tool for supporting the COVID-19 response.

While the precise scale of the coming allocation has yet to be agreed, it should be at least $500 billion – double what the IMF issued in 2009. But it should not exceed $650 billion – the total value of IMF quotas – as that would require approval from the US Congress and would thus delay the decision.

The newly issued SDRs will be allocated according to IMF quotas, meaning that emerging and developing countries would receive a little less than two-fifths – nonetheless reinforcing their reserve assets significantly. The developed countries’ share should be channelled into funds supporting low- and perhaps middle-income countries, including regional financing arrangements. This would strengthen the global financial safety net.

But there are ways to boost SDRs’ impact further. First, the IMF should address the fundamental issue of dual accounting. As it stands, the Fund differentiates between “general resource” and SDR accounts – a system that turns unused SDRs into more or less irrelevant accounting records. Today, more than four-fifths of all SDRs that have been allocated fit this description.

This is a relatively simple problem to fix. As Jacques Polak – one of the IMF’s early chief economists – suggested long ago the IMF should consolidate the two accounts. A simple way to do so, which I have suggested, is to treat unused SDRs as deposits in the Fund by the country that owns them. The institution could then use these funds to finance its programs.

Such an approach could lead to a further reform, with SDR allocations becoming the only source of IMF funding, much like money creation by central banks at the national or regional level. That way, countries would no longer have to provide special funding to finance IMF programs, and the Fund would no longer have to deal with countries contributing their quotas in a wide variety of currencies, only a fraction of which can be used for IMF lending.

A second critical reform would focus on SDR distribution. Currently, emerging and developing economies must accumulate large amounts of foreign-exchange reserves to “self-insure” against both boom-bust cycles in international finance and the limitations of the global financial safety net. This exacerbates global inequities, because self-insurance results in large financial transfers to reserve-currency-issuing countries.

One way to correct this would be to give countries with the highest demand for reserves – mainly developing countries – larger SDR allocations. The economist John Williamson, for example, proposes an 80/20 split between low- and middle-income countries and high-income countries.

Another option would be to introduce demand for reserves as a criterion, alongside IMF quotas, for determining SDR allocations. Either approach would help to create the “development link” in SDR allocations that a Group of Experts convened by the United Nations Conference on Trade and Development proposed in the 1960s.

To supplement this effort, the IMF could be allowed to buy bonds from multilateral development banks with unused SDRs. These banks can then use those funds to finance long-term loans to emerging and developing countries. Moreover, countries that are not using their reserve assets could be encouraged to donate them to support development or other objectives, such as climate-change mitigation. The general IMF budget, rather than the donating country, should then cover interest payments on donated SDRs.

Similarly, countries could be encouraged to use allocated SDRs to capitalise regional financial institutions that support emerging and developing countries, thereby strengthening the global financial safety net. For this to work, such capital contributions must be regarded as reserve assets.

According to many analysts (Richard Cooper , for example), the final piece of the reform puzzle is private use of SDRs, which would indeed be desirable. But it could also generate problems, from speculative changes in demand to resistance by issuers of international reserve currencies, especially the US. A compromise would be to allow for limited private use of SDRs – for example, for deposits that financial institutions keep in central banks, including reserve requirements.

In any case, private use of SDRs is not the top reform priority; eliminating dual IMF accounting and implementing a more equitable system for determining allocations are. As the IMF prepares for its next large-scale SDR allocation, both should be on the agenda.

José Antonio Ocampo, a former finance minister of Colombia and United Nations under-secretary-general for Economic and Social Affairs, is a professor at Columbia University.