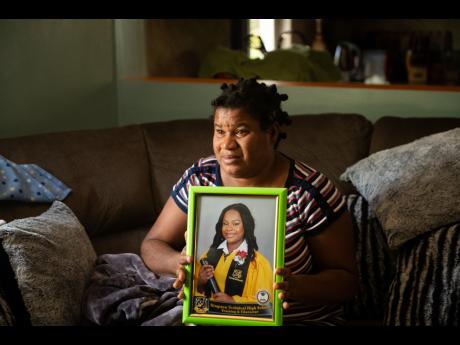 Jalisa McGowan’s death seems to have been avoidable, the 17-year-old apparently dying from an untreated asthma attack. The cries of her mother have not gone unheard and Minister of Health, Christopher Tufton, to declare that no asthmatic is to be turned away, even amid fears of avoiding the spread of another very prominent issue.

JAMAICAN PUBLIC hospitals are not to turn away any patient suffering from the life-threatening disorder asthma, even if they have concerns with heightened anxiety over coronavirus infection.

The order comes in the wake of the death of 17-year-old asthmatic Jalisa McGowan, whose mother alleges that medical personnel at the University Hospital of the West Indies (UHWI) offered no assistance as her daughter desperately gasped for air last Friday.

With diminished oxygen transfer, Jalisa’s airways likely became narrow and the inner lining swollen and thick, said family practitioner Dr Garth Rattray, who would have treated asthmatics in his decades of service.

“You find that asthmatics try to open their lungs, and if medications like Ventolin, the metered dose inhaler, cannot do the job, then nebulisation is

the next option,” he told The Gleaner on Tuesday evening.

Ventolin eases spasms, but when steroids are added, it reduces the outpouring of mucus, he added.

Jalisa’s mother was reportedly trying to get her nebulised at the UHWI. She was pronounced dead at Andrews Memorial Hospital, where her mother took her after waiting in vain.

The tragedy forced Health Minister Dr Christopher Tufton to order an investigation to independently assess what transpired. The UHWI is also probing the incident.

“No hospital should turn away anyone who has asthma attack ... ,” said Tufton at a virtual media briefing on Tuesday. He said that medical staff should be held accountable if they were found culpable of neglect.

Asthma attacks are not uncommon in Jamaica but treatment regimen has become more distant in general in the heights of the COVID-19 pandemic. Fear of coronavirus infection was cited in the tragic death of first-time mother Jodian Fearon in April 2020.

Fearon died on the floor of the UHWI , six hours after delivering her baby at the Spanish Town Hospital in St Catherine.

She had been at the privately operated Andrews Memorial Hospital for delivery a day earlier, but had to leave after exhibiting perceived coronavirus-like symptoms.

While maintaining that he was not pronouncing on the McGowan case, Tufton insisted that patients in dire need must receive attention.

“No matter how overwhelmed the space is, there is no excuse for any unresponsiveness, if you wish, to the treatment of asthma,” he added.

February has seen record infections and hospitalisations in Jamaica since the virus was first identified here in March 2020.

Chief Medical Officer Jacquiline Bisasor-McKenzie said that while the protocols of engagement with asthmatics were clear, she conceded that those conventions needed to be re-emphasised.

Because of the risk of droplet contagion, medical personnel have transitioned from using nebulisation to metered dose inhalation as part of emergency-room management.

Nebulisation is the conversion of medicine into an aerosol that is inhaled directly into a patient’s lungs.

“A lot of our emergency rooms would have acquired spacers that they are able to use safely, and we have had studies over and over that have shown that the use of spacers and metered-dose inhalers are just as effective as nebulisations,” Bisasor-McKenzie said at Tuesday’s press conference.

The health ministry is to, by Friday, convene a meeting with emergency department heads of public hospitals to address timely and appropriate treatment for asthmatic patients when they turn up at government medical facilities.

Efforts to get detailed comment from management of the UHWI on its protocols on treating with asthmatics were unsuccessful.

The hospital’s chief executive officer, Kevin Allen, confirmed that an investigation into McGowan’s death had commenced, but he was unable to say what protocols should be activated when someone with breathing problems arrives at the facility to get oxygen.

“I am an accountant by trade, I am not sure what happens,” he said.

Dr Carl Bruce, consultant neurosurgeon and medical chief of staff at the UHWI, said that each department was guided on how to interface with such patients.

“The emergency room department will have to communicate that information,” he told The Gleaner.

And Dr Peter Glegg, senior legal officer at the hospital, said he was still compiling information drawn from the investigation and could not yet offer a comment.