Lady B and the struggle for workers’ rights 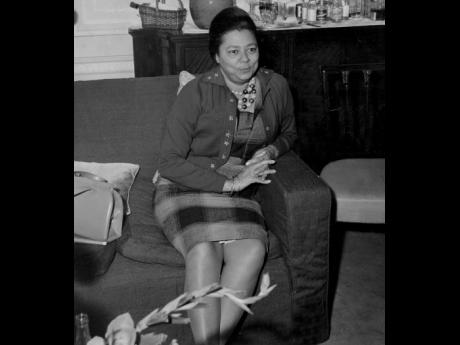 Gladys Bustamante, “Lady B” as she was affectionately called, was a fierce supporter of women’s and workers’ rights.

Through her work for the betterment of the working class and children, and her association and partnership with her husband, Sir Alexander Bustamante, Lady Gladys Bustamante contributed a great deal to the building of independent Jamaica.

Lady B had a sometimes understated, but not undervalued role in the country’s development.

Born Gladys Maud Longbridge on March 8, 1912, in Ashton, Westmoreland, she was raised by her grandparents because her mother had migrated to Cuba and her father worked as an overseer in St Mary.

She began her working life in 1928 as a teacher at her old primary school in Ashton, before going to Kingston to further her education.

She attended Tutorial Secondary and Commercial College where she learnt the secretarial skills that would in later years shape her life.

In 1936, at the age of twenty-four, she accepted a job in Bustamante's Loan and Securities Company.

She served as Alexander Bustamante's secretary for 27 years, both as a  business owner and later during his days as a trade union leader and then when he entered politics, becoming the first prime minister of Jamaica in 1962.

Bustamante’s ascension to prime minister wasn’t the only memorable thing to happen in 1962. It was also the year that Lady B became his wife.

It was while working in Montego Bay years earlier that Lady B became aware of the sharp class and race divide in Jamaica, and her work at a hotel had allowed her to overhear discussions of many of the leading players in the evolving movement toward self-government.

This exposure informed her interest in changing the circumstances of the working class, but it was her engagement as Bustamante's secretary that catapulted that interest into active nation-building.

Just a few years after she entered Bustamante’s employ, in 1938 to be exact, the workers' riots in Jamaica pushed her employer into trade unionism and politics and placed her on a crash course with destiny.

Lady B also did social work island-wide, particularly among port workers and their families and in sugar communities and with the children of destitute parents.

She was actively involved in voluntary work and charitable institutions.

Lady Bustamante received many awards and recognitions throughout her life, including:

Golden Orchid Award from the Venezuelan Government in recognition of dedication to Sir Alexander Bustamante’s ideals, 1979.

The Gleaner Company’s Special Merit Award for Outstanding Service to the Nation, 1984.

A long-service award from The Bustamante Hospital for Children for 21 years of service.

A citation from Young Jamaica in honour of the role she played in the achievements of National Hero, Sir Alexander Bustamante.

She was described by former Prime Minister Bruce Golding as being an “icon of political struggles.”

Lady B died at the Tony Thwaites Wing at the University Hospital of the West Indies on July 25, 2009.

She was ninety-seven years old.

In 2006, the Kingston and St Andrew Corporation (KSAC) named October 16, Lady Bustamante Day, and honoured her with the Key to the City.