Bunny Wailer interment re-ignites argument over where to bury icons 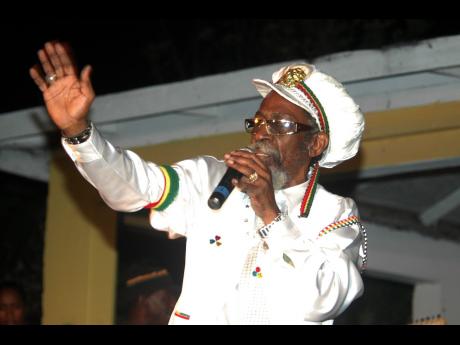 With the announcement that legendary reggae artiste Bunny Wailer would be buried on the 142-acre estate known as Dreamland Farm, many in the entertainment industry have asked questions about where the countries icons should be buried.

DREAMLAND FARM, the 142-acre estate located snugly on the border of St Thomas and Portland, will be the final resting place for reggae legend Bunny Wailer, who passed away on Tuesday, March 2, at the Medical Associates Hospital in St Andrew.

This confirmation comes amid a discussion of the rightful place to bury reggae icons of the calibre of Bunny Wailer, who had been given one of the highest and rarest orders by the Government of Jamaica, the Order of Merit. National Heroes Park has been mentioned. Analyst Clyde McKenzie is one person who has made his voice heard. “The Order of Merit is assigned to individuals of great renown. Where do you inter someone who has been conferred with that kind of honour?” he quizzed in an interview with The Gleaner. “Heroes Park burial is a complicated issue. The Government has to come up with a consistent plan or policy on how we treat with this particular issue. The promulgation of such a policy has economic implications, and benefits that flow, if properly planned,” McKenzie told The Gleaner.

Maxine Stowe, the manager and business partner of Bunny Wailer, and who is also the widow of dancehall legend Sugar Minott, and the niece of super producer Clement ‘Sir Coxsone’ Dodd, agrees with McKenzie. “Where do we bury persons who have made such great contributions to their country? U-Roy, the ‘Godfather of Dancehall’, just passed, and even though he was not conferred with an Order of Merit, he, too, is a part of this narrative. There needs to be cultural protocols that inform this situation,” Stowe said.

U-Roy’s partner of 41 years, Marcia Smikle, has said previously that with Heroes Park being full, the dancehall legend will be interred at Dovecot Memorial Park in St Catherine. She told The Gleaner that there had been plans for an official viewing at the National Arena in Kingston, but those had been scrapped owing to the rising COVID-19 numbers in the island.

However, with respect to Bunny Wailer, who is also known as ‘Jah B’, the final resting place is one that is in keeping with what he would have wanted. Jah B, the Wailer who, along with Bob Marley and Peter Tosh, co-founded the iconic reggae group, the Wailers, was a man who fiercely guarded his private life, his long-time friend Junior Lincoln had told The Gleaner and, apparently, he wanted to be no different in death.

“Where he is to be physically interred on the property will be a secret to the public,” Stowe shared with The Gleaner, but did not give a date for the funeral. “It is what he would have wanted, and that is the most important thing here. Even Butch Stewart is interred on his own property,” she added.

She said, however, there are plans for a nine-night on Thursday. But it will be one in which fans are asked to observe all COVID-19 protocols by staying at home, lighting a white candle at 9 p.m. and say a prayer for Jah B “as he traverses to a higher ascension in the unknowable world”.

One of the themes of Bunny Wailer’s music was repatriation. He explored this in songs such as Dreamland, a cover of El Tempos’ My Dream Island with slightly reworked lyrics that became his signature song. He later named his farm Dreamland.

Bunny Wailer won the Grammy Award for Best Reggae Album three times - in 1991 for the album Time Will Tell: A Tribute to Bob Marley; in 1995 for Crucial! Roots Classics; and in 1997 for Hall of Fame: A Tribute to Bob Marley’s 50th Anniversary. He was also featured on the album True Love by Toots and the Maytals, which won the Grammy Award in 2004 for Best Reggae Album.

In August 2012, Bunny Wailer received Jamaica’s fifth-highest honour from the Government, the Order of Jamaica, and in October 2017, it was upgraded and he was awarded the Order of Merit. In February 2019, the Government again recognised his contribution to Jamaican music again, with a Reggae Gold Award from the Jamaica Reggae Industry Association.