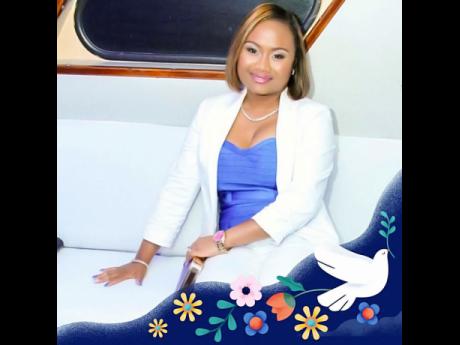 The murder of Simone Campbell-Collymore made headlines for weeks and on March 11 some justice came for the families of the slain woman and the cab driver who found himself in the wrong place at the wrong time. But they aren’t out of the woods yet, there is still much pain, regret and anger.

Victims’ families say not so fast

A FORMER ward of the State who claimed that he was forced to murder Simone Campbell-Collymore as repayment for a missing gun has now asked the family to forgive him for the immense suffering that he has caused.

He is also hoping that the family of cab driver Winston Walters – who also lost his life in the execution of the evil plot allegedly orchestrated by the businesswoman’s husband, Omar – will also find it in their hearts to forgive him.

Dale Blackwood, who appeared unmoved throughout his sentencing hearing yesterday in the Home Circuit Court, was slapped with two life sentences for the killings and eight and a half years for illegal possession of a firearm. The sentences will run concurrently and he will be eligible for parole after serving 35 years.

In his social enquiry report, the 24-year-old killer said that he was threatened by two men, one of whom he knew, that he would have to pay for a firearm that went missing during his brother’s arrest or he would be killed.

The Duhaney Park, St Andrew, resident pleaded guilty in January to illegal possession of firearm and two counts of murder in relation to the death of the 32-year-businesswoman and the 36-year-old taxi-driver on January 2, 2018 outside Campbell-Collymore’s Forest Ridge apartment in Red Hills, St Andrew.

“I would like to say to the families that I am truly sorry,” said Blackwood in a social enquiry report read before his sentencing yesterday, claiming that immediately after t he shooting, he realised that he had done something wrong and was now plagued by regrets.

But the families, who told The Gleaner that they were satisfied with the sentence, have not yet warmed to his plea for forgiveness.

Campbell-Collymore’s sister, Keshtina Bonner, who attended the hearing with her father, Wayne, and spoke on the family’s behalf, said: “With time. I don’t know. It’s too fresh. It’s too early. Never say never.”

Bonner said that she was not convinced that Blackwood’s expression of remorse was sincere but said that at some point, she would “have to let some things go for my own peace”.

Walters’sister, Kerry-Ann, said: “It’s very hard to forgive, but as the Good Book says, forgive, but we can’t forget.”

Walters’widow, Jewel, who was present with one of their sons, who appeared to be holding back tears and came dressed in one of his father’s blue denim pants, nodded her head vigorously as her sister-in-law spoke.

“We will forgive him, but we can’t forget. Not in this manner,” she added, while noting that she had not yet “found it in my heart to forgive him”.

On the day in question, Blackwood was one of two men travelling on motorcycles who had rained bullets on the cab driven by Walters in which Campbell-Collymore was travelling, killing them both.

Campbell-Collymore was shot 19 times and Walters was shot five times.

In CCTV footage of the incident, Blackwood was seen approaching the front passenger side of the vehicle and firing into the car.

From the social enquiry report, the court heard that Blackwood was raised in a loving family home by his mother and was never in need, but at 13, he was placed in state care after being deemed uncontrollable. He was also well supported by his father, who had tried to teach him the woodwork trade and had employed him in his lumber yard.

The court further heard that his parents and residents in his community were shocked that he had committed murder.

Meanwhile, in the victim report, which was read in court, both victims families said that the killing had left the families traumatised and had destroyed the lives of some family members, some of whom are now struggling financially.

Omar Collymore is among four other persons charged with his wife’s murder.