Historic moment in fight for Women’s rights in black & white 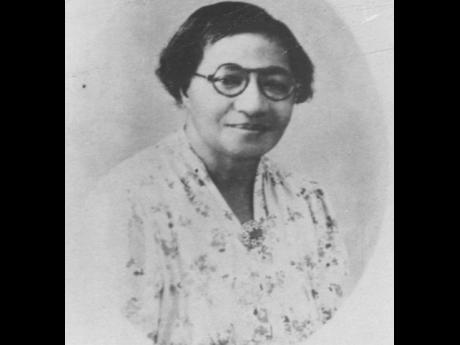 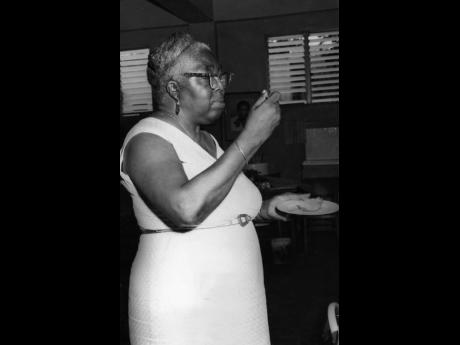 The fight for women’s rights in Jamaica has been long and storied. It is not over yet even if things are much better than they were. The Gleaner captured one of a number of historic moments in this fight, as far back as 1939 …

MANY REFORMS ARE URGED BY WOMEN

Jamaican Women again made history on Saturday when for the first time an all open deputation waited on His Excellency the Governor at Kings House and requested sympathetic consideration of the Chief Executive of a number of social measures and improvements.

Questions such as women’s suffrage, women’s eligibility to seats on the Legislative Council; appointment of women as Justices of the Peace, Jurors, auxiliaries of the Police Force, Magistrates, Inspectors and Assistant Inspectors of Schools; the establishment of vocational schools for girls; the inclusion of civics and biology, including sex education in all schools and training colleges; raising the age of consent among our girls; and encouraging Medical Officers of the island to make birth control advice available for mothers, who ask for it and for whom another pregnancy would be detrimental to their welfare.

His Excellency was introduced to members of the deputation by Miss Ina Bailey after which a Memorandum with the resolutions passed at the Conference was presented to him.  For nearly an hour Sir. Arthur listened sympathetically to the case presented by the ladies and offered some useful suggestions.

The deputation then withdrew tendering its thanks to the Governor for his patient hearing and joined later in the Farewell luncheon party at the Greenville Hotel in honour of Mrs. How-Martyn.

The following was the memorandum submitted: “We the undersigned members of the Committee of the Women’s Conference held in the Collegiate Hall, Kingston on the 22nd of February, have been requested by Conference to submit to Your Excellency the attached Resolutions representing Conference’s views on the several important questions therein dealt with, and to request the favourable and sympathetic consideration of Government towards giving effect to these Resolutions.

The Conference desires to bring particularly to Your Excellency’s notice the question of Women’s Suffrage and of their eligibility to the Legislative Council.  We do feel that the co-operation of women is necessary to obtain the best results in the political and social life of Jamaica and would point out that the enfranchisement of women on equal terms with men and their eligibility as representatives are regarded as normal conditions in all progressive countries.  We urge upon Government the necessity of removing the present inequalities which operate against women in the exercise of the franchise and their eligibility to the Legislative Council.

Conference also wishes to point out to Your Excellency the special advantages which would follow the appointment of women as Justices of the Peace, as Jurors and as Auxiliaries of the Police.  We respectfully offer the opinion that there are many cases of female and juvenile delinquencies which would be better understood and more sympathetically and fairly handled by women serving as Magistrates.  We believe that the reformative possibilities of female delinquents would be considerably increased by having their cases dealt with by one of their own sex. A similar argument applies to the employment of women on juries and in the Police Force.  It is a common-place to say that no body of men by themselves can see all the points which should receive attention in dealing with matters affecting women.

Conference considers the second Resolution dealing with Educational Reform to be one of prime importance and it is difficult to select any one point for particular emphasis. What

has been said with regard to women as Magistrates, Jurors and Police applies with equal force to women as Inspectors and Assistant Inspectors of Schools.  It cannot be denied that schools possessing a large percentage of female scholars must require the offices of a woman for their efficient inspection. There are many points of examination not perhaps mentioned in the curriculum which no mere male eye can appreciate.  At present there is only one Inspector of Schools and one Assistant Inspector who are women; and we submit that it is a physical impossibility for these two women to overtake the work required by their offices in the large field in which they work.  We wish to urge that there is no apparent reason why women possessing the same qualifications required in men should not be eligible for appointment as Inspectors and Assistant Inspectors of Schools.

We direct Your Excellency’s attention to the plea made for Compulsory Education and the lowering of the school-entering age in such localities where the provision of Infant Schools is impracticable.  We submit also that the regular inspection of Private Schools is an urgent necessity in the interest of both Education and Sanitation. Vocational Schools for girls would we believe, go a far way toward ameliorating some of our most serious social problems including unemployment among a large class of women and illegitimacy.

In addition we wish to impress upon Government the urgency for the inclusion of Civics and Biology including Sex-education in all schools and Training Colleges.  We believe that a great proportion of the sexual aberrations of adolescents is due to curiosity and to complete ignorance of the far-reaching consequences which follow sexual indulgence and we submit that a systematic course of instruction would go a far way toward mitigating these conditions.

Finally, Conference wishes to direct your attention to its third Resolution dealing with social reforms and particularly to the section which deals with the raising of the age of consent.  We wish to submit that while a girl under sixteen may be fully developed from a physical point of view her mental development is not such as would justify Government or Society regarding her as responsible in so vital a matter as sexual use of her body.  We urge that the protection of the law in these vitally formative years would go far toward giving the unfortunate victims of sexual laxity the opportunity of realising more clearly all that is involved in their actions.

We are fully conscious of the need for preserving the liberty of the individual and we are aware of the care with which Government must proceed to social legislation but we feel that the action which we have urged in this memorandum in no way infringes private rights but on the contrary would go a far way toward preserving those which now suffer abuses which all right-thinking persons deplore.

It is urgent that the pattern of life with the family as the basis should be fostered in Jamaica. To enable family responsibilities to be developed, much Social Work will have to be undertaken but we do plead with you to use your great authority to encourage the Medical Officers of the Island to make Birth Control advice available for mothers who ask for it and for whom another pregnancy would be detrimental to their welfare.

The following resolutions with regard to social reforms and which were passed at the Conference were stressed by the deputation:

“This Conference of Jamaican Women affirms its belief in the supreme importance of family life as the basis of a well-ordered Society.  It recognises that there are many and serious social problems such as illegitimacy – the breakdown of family life, prostitution, venereal diseases, soliciting, housing, lack of sex-education and hygiene and birth control calling for Legislature and Administration.

(a) Requiring the registration of fathers of all children and the

contribution of the father to be paid direct to the Court

wherever the father may reside and removal from one

Parish to another not to alter his liability.

Requiring that every women should register the father of her child and the father should then be notified of the fact by the Bailiff and to be given 30 days in which to lay a dispute.  In the event of his not doing so, he will be registered as the father; and his contribution to be paid direct to the Court wherever he may reside and removal from one Parish to another not to alter his liability.

(b) Fixing the age of consent and marriage at 16 years for girls.

pregnancy in a woman under 16 years.

in Government and municipal employment and inducing private

(e) Encouraging the establishment of Community centres to provide

facilities for education, recreation and hobbies.”