JDF in the news for all the wrong reasons … again 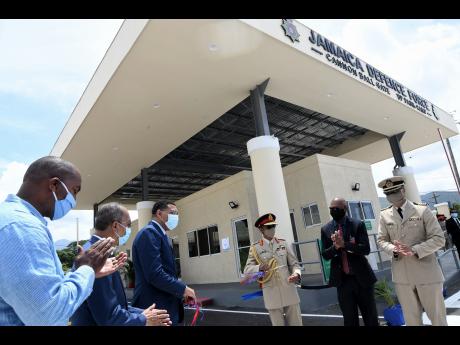 The Jamaica Defence Force has been in the news over the impropriety of its members again. The latest saga, if true, means the JDF are adding to the alarming rate at which violence against women is committed in Jamaica.

In another massive blow to the reputation of the Jamaica Defence Force (JDF), two of its members have been charged with serious sexual offences including rape at the army’s Up Park Camp Headquarters in St Andrew.

At the centre of the latest controversy to rock the JDF are two male privates who are accused of ambushing a female colleague near an abandoned building on March 11, raping her and forcing her to perform other sexual acts.

Last night, head of the Centre for Investigation of Sexual Offences and Child Abuse, Charmaine Shand, confirmed the charges.

The accused are Michael Grant, 22, of St Mary and Anuk Moncrieffe, 19, of St Catherine.

Shand told The Gleaner that Deputy Superintendent Radcliff Gordon is leading the investigation.

It is alleged that both soldiers demanded money from the complainant and her companion and subsequently sent the male companion to get the cash.

It is further alleged that Grant had sexual intercourse with the woman against her will and forced her to carry out other sexual acts, while Moncrieffe kept watch.

Gender advocate Nadeen Spence, reacting to the latest scandal to explode at the army’s headquarters, said there should be a thorough investigation into the very serious allegations.

“If it is true, it would be very unfortunate,” Spence said.

“I really hope the law is allowed to run its course,” she added.

The men are to appear in the Kingston and St Andrew Parish Court on Monday, March 29.

In January, a JDF officer resigned amid allegations of sexual misconduct.

The army officer was charged under sections of the Defence Act for contravening the JDF’s Sexual Relationship and Fraternisation Policy.