Wax replica of Trump keeps getting punched in the face 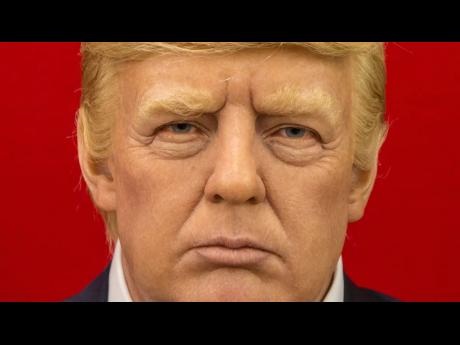 A museum has been forced to remove a waxwork of Donald Trump because people kept punching it in the face.

Louis Tussaud's Waxworks in San Antonio, Texas, have put the likeness of the former US President back into storage after visitors kept taking their frustrations out on the figure.

Clay Stewart, regional manager for museum owners Ripley Entertainment, told the San Antonio Express-News newspaper: "They punched and scratched the figure, inflicting so much damage that management had it pulled from public view."

Stewart added that political waxworks have often caused problems for the museum.

He said: "When it's a highly political figure, attacks can be a problem.

"We've always had trouble with the presidential section because no matter what president it was - [George W.] Bush, [Barack] Obama or Trump - they've all had people beat them.

"The ears were torn off Obama six times. And then Bush's nose was punched in.

"People are just aggressive about their political party."