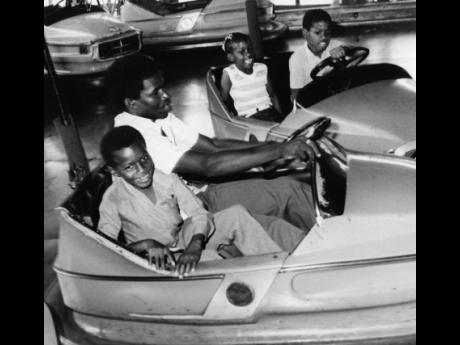 Fun day for all ages at Coconut Park 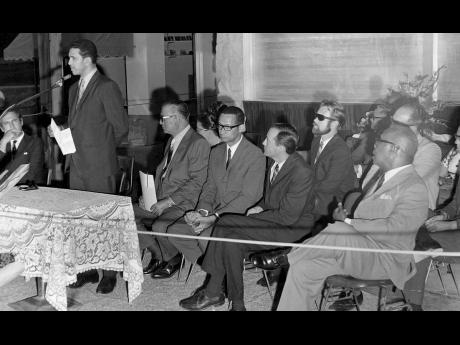 Coconut Park carries with it many fond memories for Jamaicans growing up in the 1970s and ‘80s. It was a place of real wonderment and The Gleaner was there for its opening.

The "Coconut Park Funland," the brainchild of Mt. Paul Levy, of the Jamaica Association for Mentally Handicapped Children and Mr. Sammy. Henriques of the Polio Rehabilitation Centre, was officially opened Wednesday afternoon by Mr. David Lindo, Parliamentary Secretary in the Ministry of Trade and Industry.

The Governor-General Sir Clifford Campbell planted a coconut tree to mark the occasion. The Rt. Excellent Sir Alexander Bustamante and Lady Bustamante attended and sat on the platform.

This permanent Funland which will be opened to the public on Saturday, has been built on two acres of land in the vicinity of the Zoo at Hope Gardens and will provide entertainment for children of all ages. Proceeds from this venture will go towards the work of the two organisations.

In this Funland there are ferris wheels, wings, slides, cutes and a complete train circuit with funnel.

During his opening speech, Mr. Lindo praised' the organisers and workers for their, great effort in making such a venture possible and sold that both Mr. Levy and Mr. Henriques had stood by their efforts in spite of frustrating circumstances. He reflected on the role of the citizen in the society today and said that any society consisted of three types of people.

In the third category, he placed people like those who were responsible for the Funland - those who recognised good in our system and the great strides made in so short a time.

No society was perfect and progress could only come about when society accepted the challenge to make things right. That was what Mr. Levy and Mr. Henriques had been about and this they did out of a tremendous sense of duty.

Jamaica he said, could be proud of them and wished that others would take leaf out of their book.

He hoped that people would use the Funland well and take care of the facilities Which it provided and not abuse them.

Speaking on behalf of the City, Councillor Eric Bell, Mayor of Kingston, said that the venture represented not just a tremendous effort on behalf of interested citizens but also co-operation between private citizenry land the Government.

That sort of venture was most welcome in Jamaica at this time and the pleasure it would give to the young children was to be appreciated.

Professor John Golding made presentations to some of the persons who were responsible for most of the work and or organisation involved.

The speeches were followed by the cutting of ribbon by Mr. Lindo, to officially open the fun land and inside the park two coconut trees were planted by His Excellency the Governor-General, Sir Clifford Campbell and Mr. Derek Dyer, Permanent Secretary in the Ministry of Rural Land Development.

CoconutPark19850430: Fun day for all ages at Coconut Park