Despite Reggae Boyz loss, coach gets stamp of approval 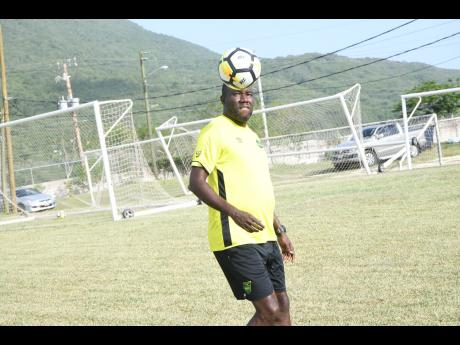 The man who became the hero of a nation all the way back in 1998 when he headed in a Ricardo Gardener cross to give Jamaica its first goal in the World Cup has all right to speak about the nation’s football. And speak he has. Despite watching the Reggae Boyz fall 4-1 to the United States last week, World Cup hero, Robbie Earle, is of the opinion that former teammate Theodore Whitmore, is the man for the job.

Earle was speaking on CBS’s Que Golazo podcast on Thursday, where he discussed his own experience suiting up for the Reggae Boyz during their 1998 World Cup campaign as well as the England-based talent being recruited for the team.

Whitmore’s first game of 2021 ended in a 4-1 defeat to the United States on Thursday in Austria with a squad comprising England-based debutants and local players who have not played competitively for a year because of the local Premier League hiatus.

Earle said that it was important that the programme be led by a native Jamaican and that there not be a dependence on getting overseas-based coaches. He commended Whitmore for improving the nation’s competitive standard.

“It’s nice to see a Jamaican manager managing the team and that we don’t have to feel that there always has to be a European or somebody from outside of the country who can do that,” Earle said. “And Tappa has done a great job. He has helped developed the system underneath. The team’s now competitive.”

While Carl Brown and Wendell Downswell have had stints as head coaches in the past, the majority of head coaches have come from either Brazil or Europe. This includes René Simões, who guided Jamaica to the FIFA World Cup in France in 1998. Other foreign coaches were Clovis de Oliveira, Velibor Milutinović, Sebastião Lazaroni, and John Barnes, who, while being English, was born in Jamaica.

Jamaica are ranked 47th in the world according to the latest FIFA/Coca Cola World Rankings, and under Whitmore, have been to the Concacaf Gold Cup final in 2017 and a Gold Cup semi-final in 2017.

Earle says that Whitmore’s work in the role will inspire other local coaches to work towards the goal of leading the national team.

“There are young coaches in Jamaica that should be able to see Tappa in that position and have the ambition that one day, they can lead the nation,” he said. “It’s not always going to be a German or a Brazilian or somebody from South America who, maybe, got a bigger CV (résumé) but might not know the country, might not know the intricacies, the nuances of Jamaican football in the same way.”