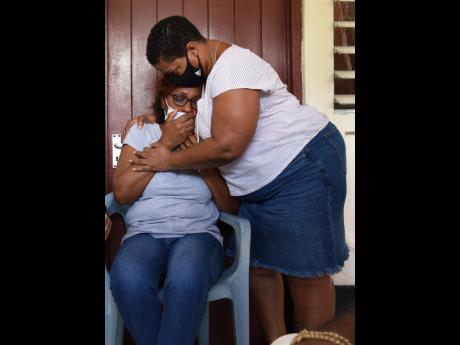 Ian Allen/Photographer
Eunice Chambers (left) is consoled by Suzette Williams, a family friend, after breaking down in tears during a visit by Prime Minister Andrew Holness on Saturday. Chambers’ daughter, Khanice Jackson, was found murdered in Portmore on Friday. 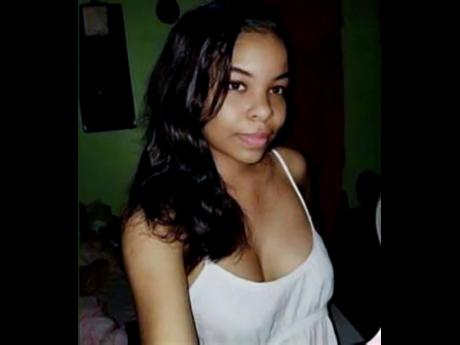 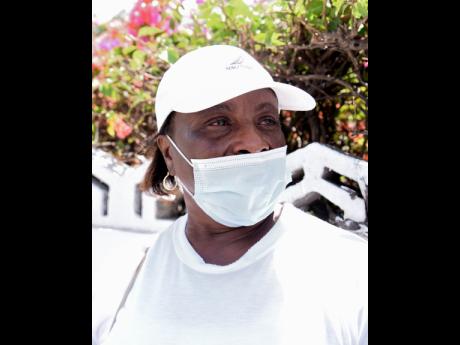 Ian Allen/Photographer
Aldith Jermaine, a neighbour who knew Khanice Jackson since she was in her mother's womb, is grieving the 20-year-old's death.
1
2
3

The story behind the disappearance and eventual surfacing of the body of Khanice Jackson, not just hurt a nation already under severe duress, but laid bare the nature of grief, as a mother cried for vengeance on the woman’s as yet unknown killer

The mother of 20-year-old Khanice Jackson, whose body was found near a Portmore fishing village days after she went missing, wants the book thrown at her daughter’s killer.

A distraught Eunice Chambers disclosed that her daughter had told her that the alleged suspect had made romantic advances while offering her rides to work in the mornings.

According to Chambers, her daughter rebuffed the suspect’s overtures, but he still offered to take her to work despite the rejection.

“It is just two of us and now she is gone. She is never coming back,” said a weeping Chambers as she was consoled by Prime Minister Andrew Holness on Saturday at the family home in Independence City, Portmore.

“I really want him put away for good. The other thing I don’t know is if he had done something like this before, so I want the court to take him off the streets,” she added.

One man, a 50-year-old mechanic, has been detained.

The disappearance of the accounting clerk, a former St Andrew High School and Cedar Grove Academy student, raised alarm last Wednesday after she did not turn up at her job in Kingston.

Holness, who expressed condolences and provided support to Chambers on behalf of the Government, said he was saddened at, and outraged by, Jackson’s death.

“There is nothing we can do that will make this any easier, but your request for justice is one that stands very well and close to my heart and I am monitoring the case personally,” Holness said.

“The police are well advance in both the evidence they would have obtained from the person they have in custody and the forensics,” the prime minister added.

“If I were to describe Khanice’s character and you were to ask me to choose an angel from the community, I would choose her without question,” said Edwards, who had known her since she was a child.

“She was the kind of person who was very reserved, very quiet, peaceful, calm and passive.”

Edwards said that Jackson was a community builder who assisted with the formation of a police youth club in the area and always wanted the best for young people.

Dale Davis, who attended Cedar Grove Academy and became friends with Jackson while she was a sixth-form student, told The Gleaner that she was the best person he had ever met.

“We text every night, and when I saw her at the bus stop I would take the bus with her from Half-Way Tree to Portmore. She was diamond surrounded by coal – very prim and proper, the same person every time,” said Davis.

Similar sentiments were expressed by Aldith Jermaine, a neighbour who has known Chambers from she was pregnant with Jackson and subsequently watched her maturity over the years.

“She passed my house every day. She is not a bad person; you don’t see her anywhere except when she is going to work and before school,” said Jermaine.

“She is so tender, so soft, there is nothing bad that can be said about her.”

The police have confirmed that the suspect they have in custody will soon be charged.

Between January 1 and March 26, there were 30 murders, one fewer than for the corresponding period in 2020.